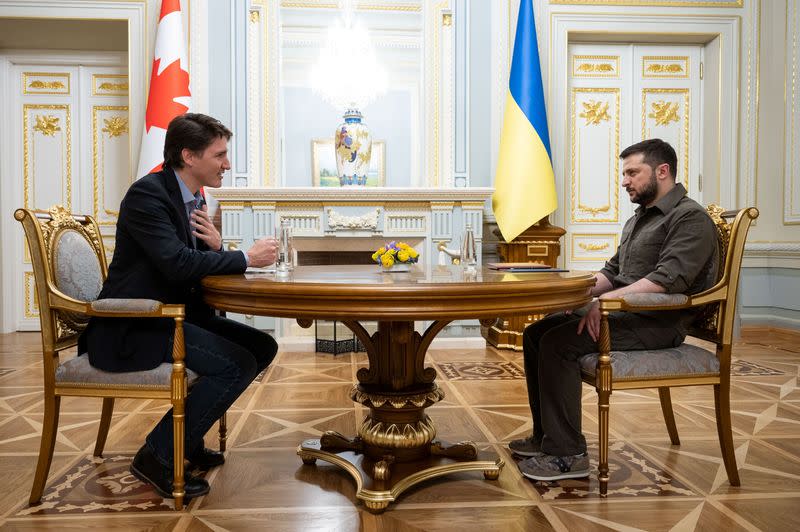 (Reuters) – Ukrainian President Volodymyr Zelensky said on Wednesday he called on Canada to lead an unprecedented campaign to rid his country of landmines linked to Russia’s seven-month-old invasion.

Canada has led global campaigns to ban landmines since the 1990s. She was instrumental in the 1999 Ottawa Convention, signed by 133 countries, banning the use of weapons.

Speaking in a video address after a conversation with Prime Minister Justin Trudeau, Zelensky said Canada has the right technology and the right humanitarian ambitions to help.

“I have called on Prime Minister Trudeau to lead a global effort to clear our land of Russian mines and missiles. As a result of the Russian war, the territory of Ukraine has the largest concentration of mines in the world,” he said.

“We must do what has not been done before: We must create a precedent for large-scale and rapid demining and not leave the problem for decades,” he said, thanking Canada for its “willingness to help.”

An account of the conversation from Trudeau’s office did not mention Zelensky’s proposal.

The United States, Russia, China and India have not signed the Ottawa Agreement.