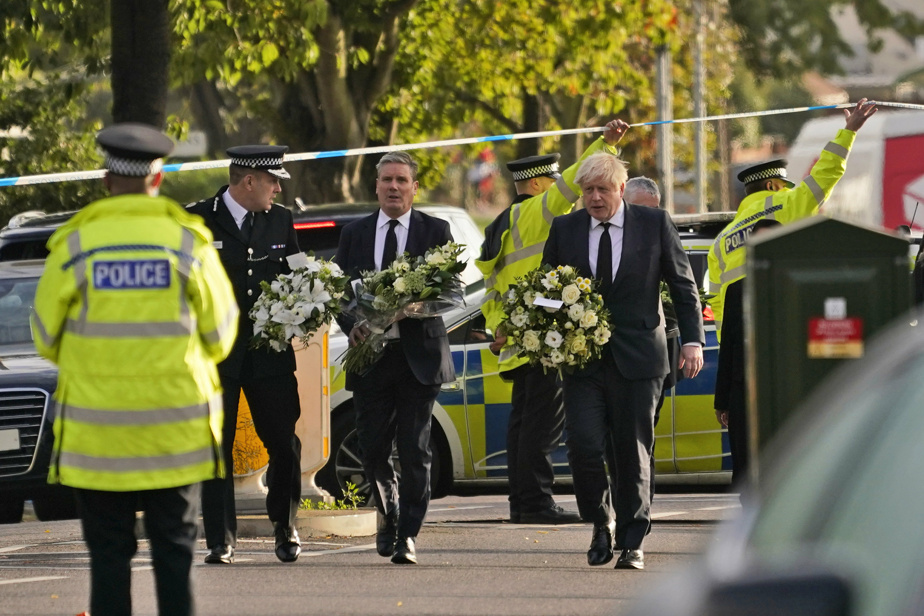 (Lee-on-C) The shock in the UK over the death of Tory MP David Ames, who was stabbed while on duty – a terrorist act that police say may have been inspired by Islam – postpones the security matter of elected officials to take center stage five years after another assassination.

On Friday, a 25-year-old man was arrested at a Methodist church, where a 69-year-old MP was arrested. And the father of five received his constituencies in Lee-on-Sew, 37 miles east of London.

The Metropolitan Police qualified the murder as an act of terrorism and pointed out that the first elements of the investigation “revealed a possible motive associated with Islamic extremism.” The investigation has been handed over to the Anti-Terrorism Department.

According to the British media, the detainee was a British national of Somali descent.

One person shares the same data that was recently reported to the anti-terrorism program Frevent Defender.

The death of Mr. Ames, who was an MP for about 40 years, was hailed by his kindness by MPs from all walks of life, shocking the country. As a sign of solidarity, Tory Prime Minister Boris Johnson and opposition Labor leader Keer Stormer wore flower garlands side by side at the scene of the tragedy on Saturday morning.

The murder is reminiscent of the recent shock of the June 2016 assassination of Joe Cox.

A 41-year-old Labor MP has been shot dead by right-wing extremist Thomas Marr, 53, a week before the UK vote on an EU member.

On Friday, Kim Leadpeter, Labor MP, was sworn in.

Both of these plays call into question the security arrangements surrounding the delegates, especially when they interact with the public in their constituencies.

“We cannot allow an individual to intimidate us,” Interior Minister Priti Patel told Lee-on-Siv on Saturday, stressing the importance of delegates “continuing to carry out selected activities”. But some lawmakers want to change the way they interact with the public for security reasons.

We do not want to live in forts. But I don’t want to lose another colleague to a violent death.

Conservative MP Tobias Elwood, who tried to save the life of police officer Keith Palmer, who was stabbed in 2017 in an attack near parliament by the Islamic State jihadi group, has suggested on Twitter to suspend face-to-face meetings between delegates and their constituency members.

This concern is fueled by police figures showing an increase in crimes against parliamentarians. In 2019, Scotland Yard reported a 126% increase between 2017 and 2018 and a 90% increase in the first four months of 2019.

Several elected officials have said they face death threats in the Brexit environment, which has deeply divided the country.

See also  Norway | The shooting in Oslo is considered an "act of Islamic terrorism."

Jade Potter, who worked for Labor MP Yvette Cooper between 2013 and 2019, said insults and threats gave her dreams and that she resigned.

In 2000, Andrew Pennington, an aide to Liberal Democrat MP Nigel Jones, was killed by a sap by a man suffering from psychological problems who had injured Mr Jones while on full parliamentary duty in Cheltenham, west of the UK.

In 2010, worker Stephen Timms was twice stabbed by a 21-year-old Islamist who voted in favor of British military intervention in Iraq in 2003. He recovered from his injuries.

Determined to “explore the safety of members of parliament and the actions to be taken,” House Speaker Lindsay Hoy said the play was sending “waves of shock to the parliamentary community and across the country.”