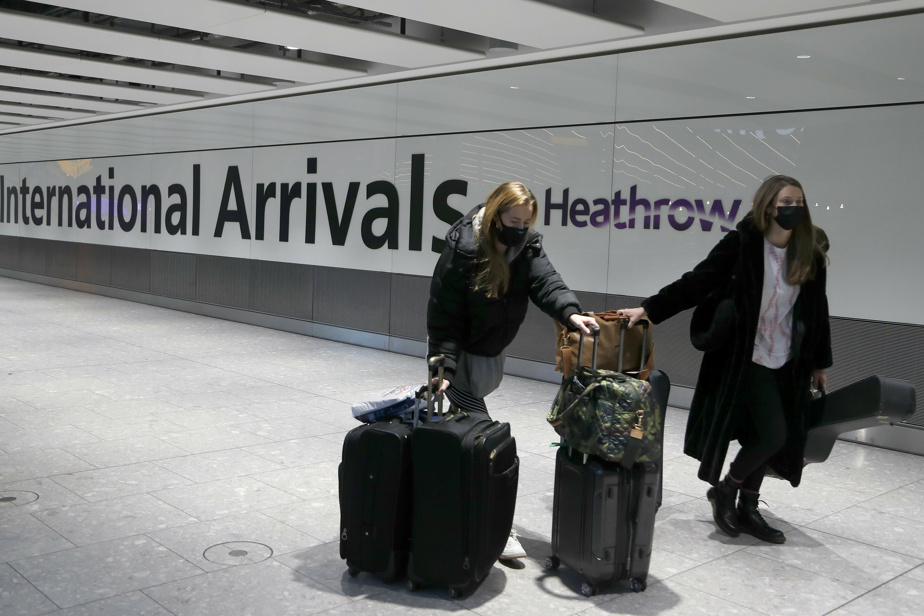 (London) A third type of coronavirus, Omigron, was detected in the UK on Sunday as new measures to reduce its spread take effect on Tuesday.


The British Health Service (UKHSA) said a third case had been found in a man traveling to London, but he fled the country.

The other two cases, “connected (between them) and a trip to South Africa”, were already confirmed by health officials in Nottingham (central England) and Selmsford (east of London) on Saturday.

Faced with questions raised by this new strain, which the WHO considers “worrying”, British Prime Minister Boris Johnson announced at a news conference on Saturday that it was working to prevent the spread of COVID-19, one of the most difficult countries in the world. With 144,500 deaths.

Health Minister Sajid Javed said on Sunday morning that wearing masks would be mandatory again from Tuesday in transport and shops, thus believing that a return to masks “in a proportional manner” would have the “right response”.

Stricter measures for entry into the United Kingdom should take effect on Tuesday, according to the government platform, which indicated on Sunday that “antigenic tests will not be accepted until 4am on Tuesday, November 30, 2021”. It has been stated that after this date “all travelers coming to the UK” should instead “undergo a PCR test” and isolate themselves until the results are available.

Asked about the move, Sajid Javed did not confirm the date on Tuesday. However he acknowledged that London was in talks with the decentralized Scottish, Welsh and Northern Irish governments – each British country independently decides its health policy – to make a decision “as soon as possible”.

At the outset of the epidemic, the UK government came under heavy criticism for delaying travel restrictions and keeping its borders open as infection rates soared. This time, he decided to act as soon as the new variant was announced, following the cases involving the Omicron variant in his soil.

But, considering the seriousness of the situation, many voices arose that he did not go too far.

Lawrence Young, a professor at the University of Warwick, told the Times Radio, “It’s a shame we did not go further.” The researcher thinks it is “a pity” that the government has not set a vaccination passport or advised people to work from home.

The Labor opposition lamented that the government did not need to take a negative test of passengers before traveling to the United Kingdom. “We look forward to seeing them tighten their travel restrictions,” Labor MP Lisa Nandy told Sky News, adding that “there are big holes in the security put in place by the Conservatives for them.”

In addition to the new measures announced by Boris Johnson, London has already added a total of ten countries (South Africa, Namibia, Lesotho, Ezwatini, Zimbabwe, Botswana, Malawi, Mozambique, Zambia and Angola) to the “red list” on Fridays and Saturdays. ), n ‘Thus British residents are allowed to return from Sunday.

British Airways said on Sunday it had made a “tough decision” to suspend flights to Hong Kong, after a team member tested positive for COVID-19, which was negative when he left the UK.