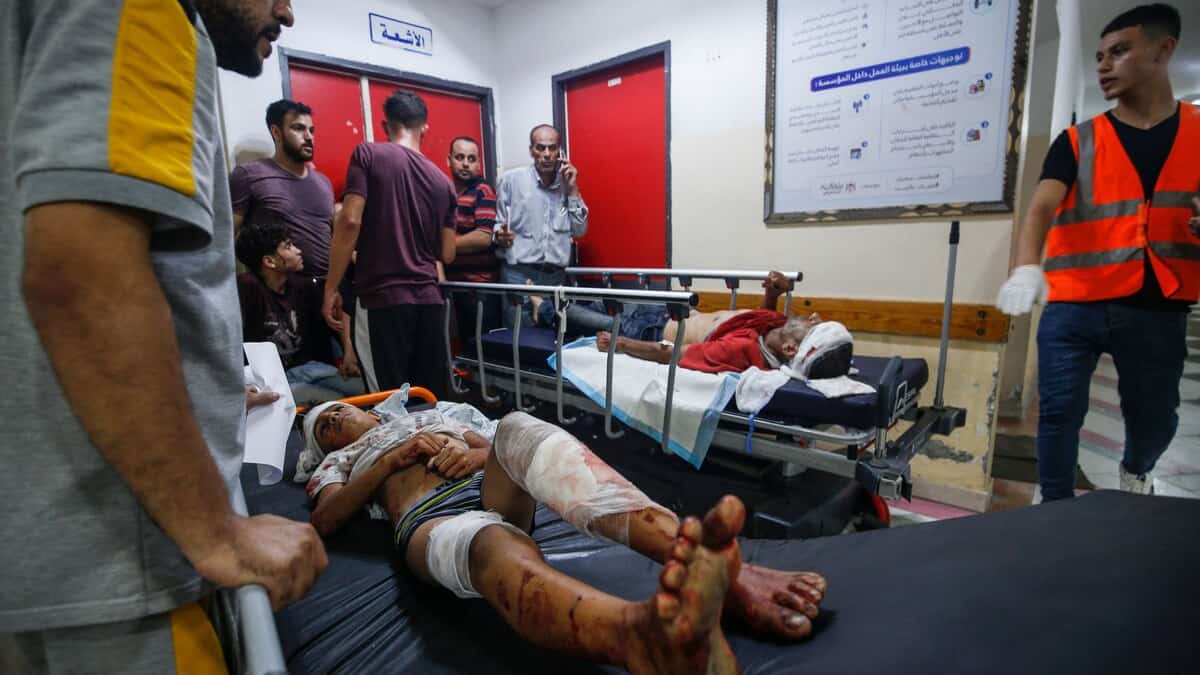 More than 20 people, including six children, have been killed since a new wave of violence between the Islamic Jihad group and Israel began in Gaza, officials in the Palestinian enclave said Saturday evening.

The new conflict, which began on Friday, is the worst between the Jewish state and armed groups in Gaza since the May 2021 war, which has killed 260 Palestinians, including militants, and 14, including one in Israel, in eleven days. According to local authorities.

According to an updated report, 24 people, including six children, have been killed and 215 injured in Israeli attacks since Friday, according to Gaza’s health ministry.

Israeli officials dispute this assessment and assert that several Palestinian children were killed in a failed rocket attack by Islamic Jihad on Israel in Jabalia (north) on Saturday evening.

At a hospital in Jabaliya, AFP reporters saw the bodies of six people, including three children.

The Israeli military announced on Saturday that it was preparing for “a week” of attacks on Gaza targeting the Islamic Jihad group, which it said had killed 15 militants. Among them, a general, Taysir al-Jabari.

Egyptian sources told AFP that Cairo, a historic mediator between Israel and armed groups in Gaza, was trying to establish a mediation. During a speech, Egyptian President Abdel Fattah al-Sissi said he was working “tirelessly” to restore peace.

See also  May 14, the new target for the end of masks

But on the ground, firefights continued overnight from Saturday into Sunday, AFP correspondents in Gaza said.

An Israeli military spokesman said Israel was “not currently engaged in ceasefire negotiations”.

The Israeli army began attacking the besieged region of 2.3 million people on Friday in a “preemptive strike” against Islamic Jihad, he said.

In response, an Israeli official said about 400 missiles — rockets and mortar shells — were fired from Gaza in the past 24 hours. Most were intercepted by the missile shield, the military said, and two suffered minor injuries from shrapnel, rescue workers said.

On Saturday afternoon, warning sirens sounded in the Israeli metropolis of Tel Aviv for the first time since this new escalation.

The hostilities have already stripped Gaza, a small strip of land between Egypt, the Mediterranean Sea and Israel, of its only power station.

The power company said on Saturday that it (stopped work) was due to shortage of fuel. The Jewish state has sealed border crossings in recent days, effectively cutting off diesel supplies.

The UN Humanitarian Coordinator in the Palestinian Territories (OCHA), Lynn Hastings, called for “fuel, food and medical supplies” to be allowed into the area.

The new conflict was sparked by the arrest of an Islamic Jihad leader in the West Bank earlier this week. Fearing reprisals, Israeli officials said they were launching an operation in Gaza, the micro-territory ruled by the Islamist movement Hamas, where Islamic Jihad is well established.

Israeli forces also arrested 19 members of a group considered terrorists by Israel, the United States and the European Union in the West Bank, a territory occupied by the Jewish state since 1967.

After the first attacks, the organization accused the Jewish state of “starting a war”.

For Israeli Prime Minister Yair Lapid, it was a “precision counter-terrorist operation against the immediate threat”, Islamic Jihad, “Iran’s proxy” that wants to “kill innocent Israelis”.

In 2019, the death of an Islamic Jihad commander in an Israeli operation had already led to several days of fierce firefights. Hamas, which has fought four wars with Israel since seizing power in 2007, has kept its distance.