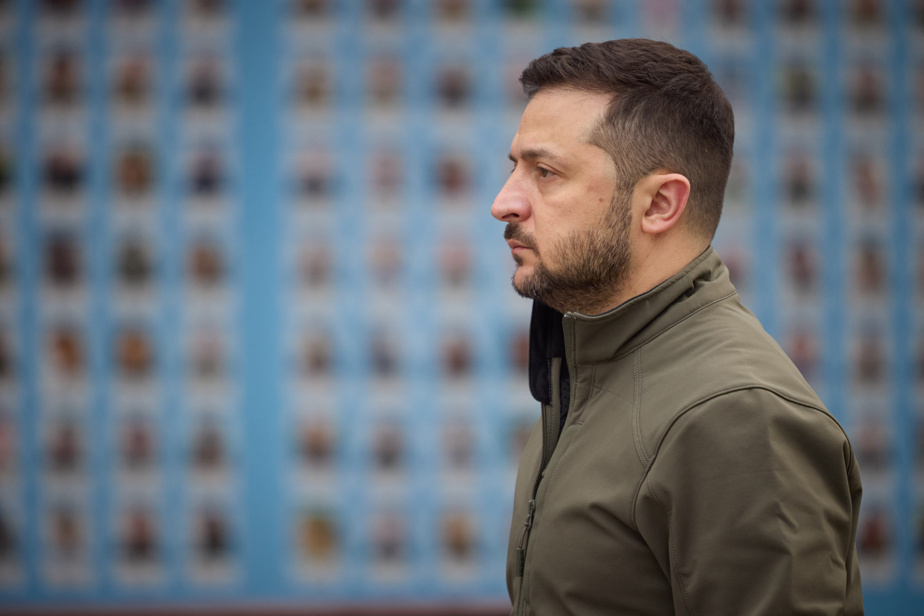 (Moscow) The Kremlin on Thursday accused Ukraine of pulling out of peace talks with Russia “on orders” from the United States, where a “very difficult balance was reached” between Kiev and Moscow.

“The text was really ready. […] Then, suddenly, the Ukrainian side disappeared from the radar, (it) said it no longer wanted to continue negotiations,” lamented Russian presidential spokesman Dmitry Peskov, which Vladimir Putin deemed “obvious”. The agreements already agreed upon clearly occurred at the behest of Washington.

On Wednesday, Bissau-Guinean Umaro Sisoko Mbalo, the current head of ECOWAS, confirmed in Kiev that Vladimir Putin, whom he visited the previous day, “said he was ready to hold talks with President Zelensky”.

Asked about these comments, Mr. Peskov assured that Russia is “ready to guarantee its interests at the negotiating table.”

“We would like it, but in this particular case, we are talking about the complete reluctance of Ukraine”, he lamented, adding that “there is no specific message” in addition to the Ukrainian presidency.

Volodymyr Zelensky was quick to brush off any possibility of dialogue with Moscow, condemning Vladimir Putin’s “manufactured rhetoric”.

In late September he was even more definitive, pledging that Ukraine would not negotiate with Russia as long as Vladimir Putin was president.

Talks between Kyiv and Moscow have been stalled since March, with both sides blaming each other for the standoff.

Arzu
See also  In California, celebrities were pushed back for not complying with drought regulations