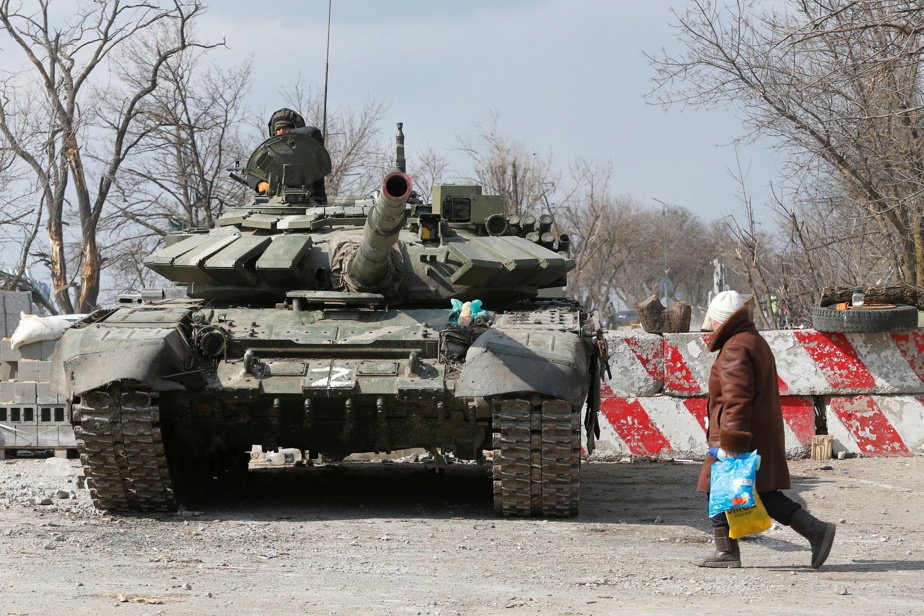 (Washington) A senior Pentagon official said Wednesday that the Russian military had begun retreating 30 kilometers east of the 24-hour border and establishing defensive positions at several points in Ukraine.

“The Ukrainians were able to expel the Russians 55 km east and northeast of Kiev,” a senior official, who did not want to be named, told reporters that the Pentagon on Tuesday estimated that Russian forces were 15 to 20 km away. Capital.

According to the Pentagon, Russian forces are also trapped 10 km from the center of Chernihiv, northeast of Kiev. In that area, “they give to the ground, they move in the opposite direction, but not much,” he noted.

In Kharkiv (east), where fighting is intense, Russian forces are still 15 to 20 km from the city center, and they face “very firm” opposition from the Ukrainians.

According to a US defense official, the Russian military now seems to be prioritizing pro-Russian separatist areas in the east, such as Luhansk and Donetsk. “They put a lot of energy into the Luhansk / Donetsk region, especially the Luhansk region,” he said.

“We believe they are trying to tie up Ukrainian forces,” which has been at the forefront with separatist areas since 2014, “so they can not be used anywhere else,” he said.

In the south, the Pentagon notes that the Russian navy uses the port of Berdyansk in the Sea of ​​Azov to refuel. Berdyansk was one of the few cities that Russian forces were able to control in the 28thAnd The day of their attack.

Finally, the Pentagon saw no change around Odessa. A U.S. official said that if several missiles had been fired in the direction of Odessa from Russian ships earlier this week, it would not have happened again on Tuesday or Wednesday.