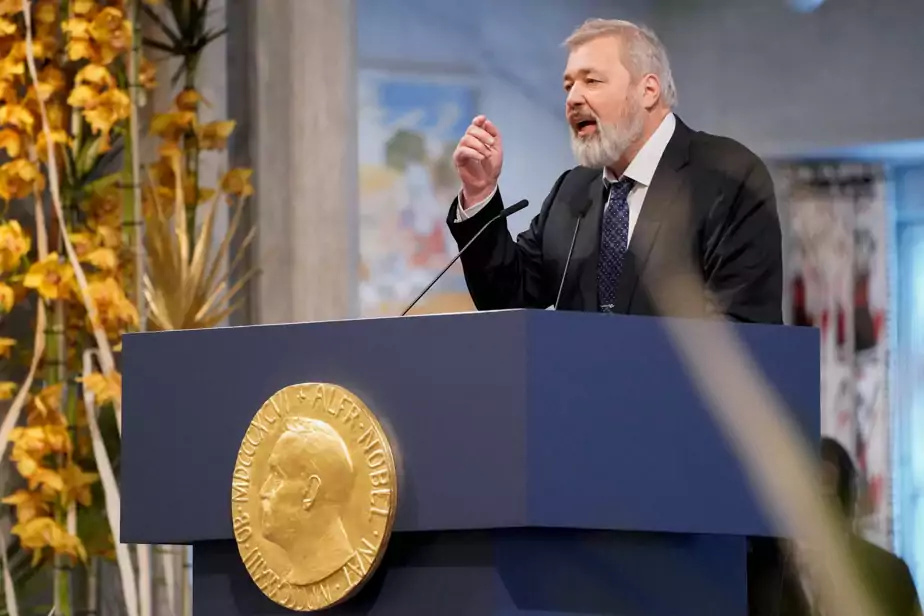 This journalist won the prestigious award along with Philippine journalist Maria Ressa in 2021, and the group honored her for “their efforts to protect freedom of expression”.

Newspaper Novaya Gazeta Russia announced at the end of March that it would suspend its online and print publications until the end of its intervention in Ukraine, hardening the Kremlin entirely against dissenting voices.

The Heritage Auctions auction house is responsible for the sale of the Nobel Prize medal, which ends in Manhattan on Monday evening. In the morning, the maximum bid was $ 550,000. Funding will be provided for UNICEF’s humanitarian program for war-displaced Ukrainian children.

He was part of a group of journalists founded by Dmitry Muradov Novaya Gazeta After the fall of the Soviet Union in 1993. The newspaper was the last to criticize Russian President Vladimir Putin before its operations were suspended.

Novaya Gazeta He is best known for his investigations into corruption and human rights abuses in Chechnya.

The commitment has claimed the lives of six of its collaborators since the 1990s, including the famous journalist Anna Politkovskaya, who was assassinated in 2006. Dmitry Muradov dedicated his Nobel Prize in their memory.

“This newspaper is endangering the lives of the people,” he told AFP in 2021.

In a video released by the Heritage Auction, the journalist says that winning the Nobel Prize “gives you the opportunity to ask.”

“The most important message today is that people understand that a conflict is going on and that we need to help people who are suffering the most,” especially for children in refugee families, he added.

In early April, Dmitry Muradov was attacked by an unidentified man on a train in Russia, who sprayed a red mixture of oil paint and acetone, causing burns to his eyes.