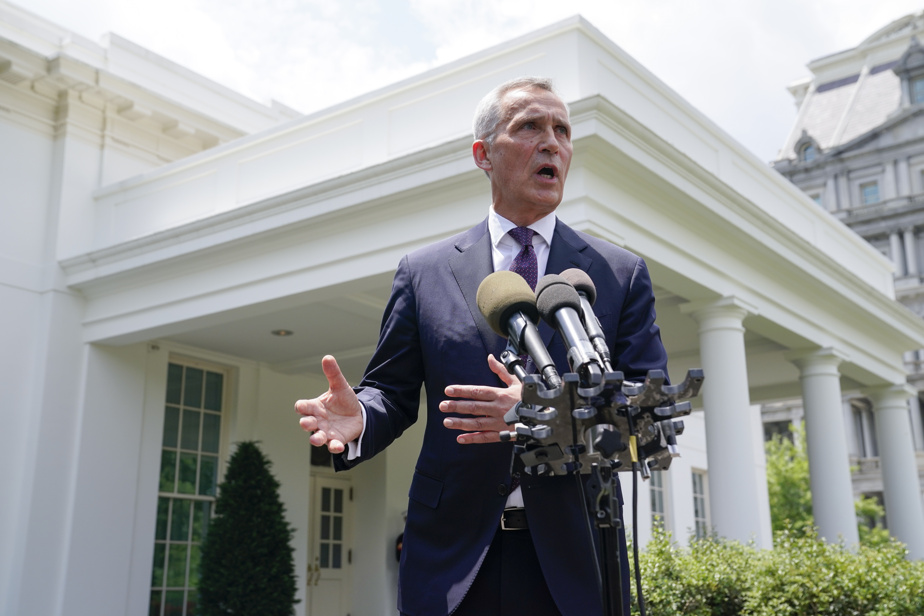 (Washington) NATO Secretary-General Jens Stoltenberg warned after meeting US President Joe Biden in Washington on Thursday that Western nations should be prepared for a “long-running” hostile war in Ukraine.

“We have to be prepared for a long time, because we see that this war has now become a battlefield,” Stoltenberg told reporters.

Jens Stoltenberg is in the US capital to prepare for the NATO summit scheduled for June 28-30 in Madrid, and he has stated that he would like to see results before the event.

Its Secretary-General reiterated that NATO did not want to engage in direct confrontation with Russia, underscoring the “responsibility” of the Western military alliance to support Ukraine.

“Most wars – of course this war – end in negotiations, but what we do know is that what’s going on at the negotiating table is very closely linked to the situation on the ground. The battlefield, the battlefield,” he added.

Asked about Western pressure on Ukraine to find a peace deal, Mr. Stoltenberg said: “We do not decide or have an opinion on what Ukraine should or should not do. Accept it.”

Jens Stoltenberg did not comment on whether there were discussions within NATO about sea routes aimed at withdrawing grain from Ukraine.

“The easiest way to get more grain and reduce the pressure on food prices is for President Putin to end the war,” he said, adding that NATO should work with the UN to support and develop initiatives. New export routes by land or sea.

Since the beginning of the invasion, Russian troops have occupied parts of southern Ukraine – most of Gershon and part of Zaporizhia – and made slow progress in the Donbass, capturing Mariupol (southeastern).