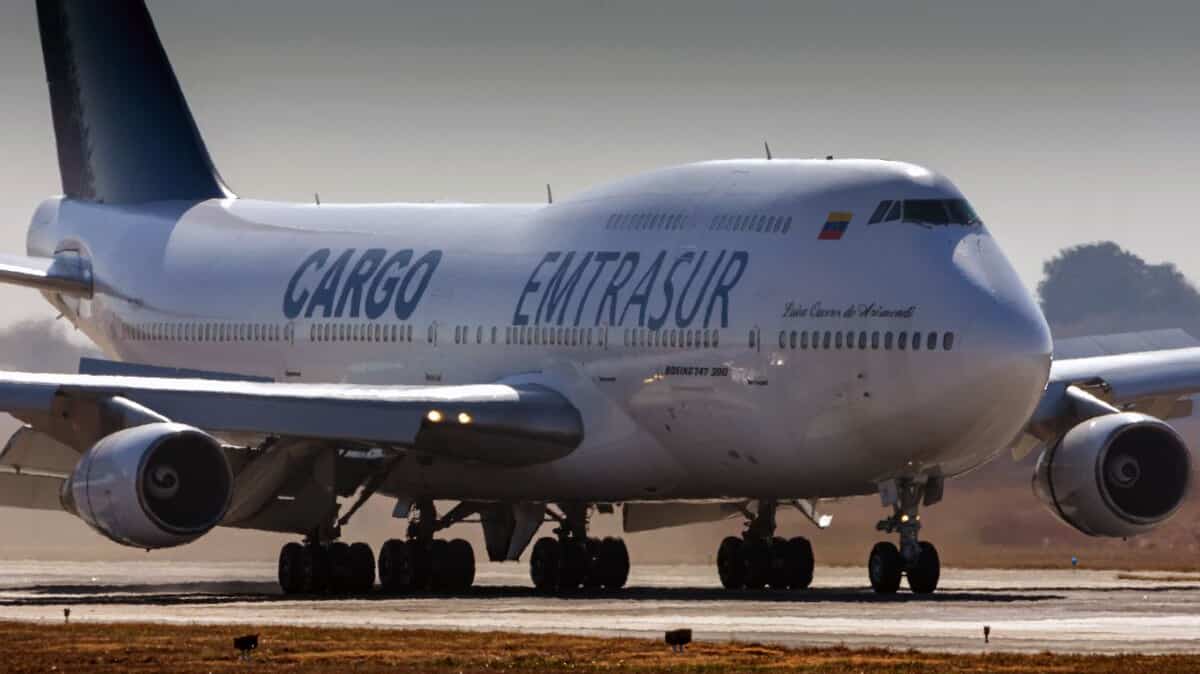 Washington on Tuesday asked Argentina to seize a cargo plane that has been stuck on its soil since June.

The Boeing 747 was sold by an Iranian company to a Venezuelan company in October 2021 in violation of US sanctions against the two companies, the US Justice Department argues, to justify a seizure request.

“Working with our partners around the world, we will be tough on governments or government agencies that try to circumvent our sanctions and export controls,” senior ministry official Matthew Olson was quoted as saying in the statement.

The cargo plane landed in Argentina on June 8 and its crew members were detained in the country. A judge has allowed twelve of them to leave, but four Iranians and three Venezuelans remain stuck in Argentina.

Argentine Defense Minister Anibal Fernandez explained that he had received “information” from foreign organizations about the membership of part of the group in organizations linked to Iran’s Revolutionary Guards.

According to the US Department of Justice, “the captain of the plane has been identified as a former commander”, the ideological Iranian military, classified as a terrorist organization by the US.

Tehran insists the plane’s position is “absolutely legal” and that its immobilization is a “propaganda move” linked to tensions between the West and Iran over its nuclear program.

Relations between Iran and Venezuela, two oil-producing countries under US sanctions, have been strong for years and have grown even stronger recently.