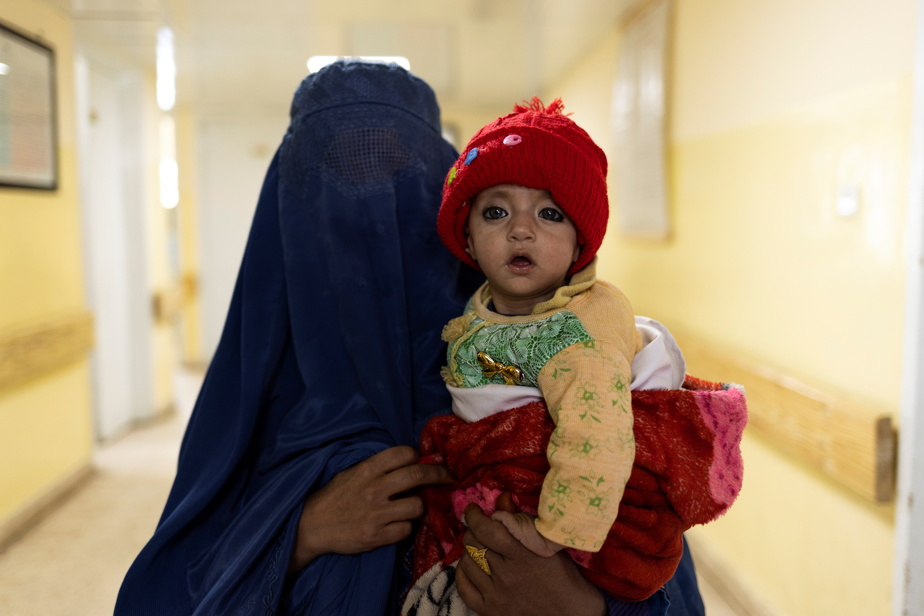 (Kabul) Afghanistan is on the brink of the worst humanitarian crisis in the world as more than half of its population will be severely food insecure this winter, UN agencies warned Monday.

Under the combined effects of global warming and drought caused by the economic crisis, about 22.8 million Afghans will go hungry in the coming months.

“This winter, millions of Afghans will be forced to choose to flee or starve if we do not increase our assistance to save lives,” said David Beasley, managing director of the World Food Program (WFP). Published in association with the Food and Agriculture Organization of the United Nations.

UN officials told the AFP that the food crisis in Afghanistan was already more serious than in Syria or Yemen, and that only the Democratic Republic of the Congo was in a more deplorable state.

“Afghanistan is now one of the worst humanitarian disasters in the world, if not the worst,” Beasley confirmed.

More than 50% of the population of Afghanistan will be at levels 3 (food crisis) and 4 (food emergency) of international IPC levels this winter.

This is the highest number since the United Nations began analyzing this data in Afghanistan ten years ago.

In addition to cash distribution, oil, flour and seeds are part of the emergency aid distributed nationwide by the WFP and its local partners.

“If we can’t help them, they will face a famine situation,” he warned.

According to the WFP, 37% more Afghans are suffering from severe food insecurity compared to April 2021. Of them, 3.2 million children under the age of 5 will be severely malnourished by the end of the year.

Afghanistan has been devastated by more than four decades of conflict and affected by the effects of global warming, leading to severe droughts in 2018 and 2021.

Its economy has stalled since the Taliban came to power, which has led to the paralysis of aid, on which the international community has relied heavily.

In the west of the country, thousands of families have already sold the remains of their herds devastated by the drought and moved to camps for the displaced.

“The fields have been destroyed and the animals have nothing to eat,” Haji Jamal, an elderly man from Bala Murkab district in Badjis province, told AFP. “In the last two years, six people have died of starvation.”

According to evidence gathered by the AFP, families go so far as to marry off their underage daughters for money to live on.

“We are trying to organize and distribute it. This includes food and clothing. All problems will be solved,” he said, referring to the potential for a lower dry winter this year.

As winter approaches, the UN is worried. Organizations have warned that their humanitarian response will be affected by a lack of resources. So far, they have received only a third of the funds they need.

The international community has pledged hundreds of millions of dollars in aid, but is looking for a way to disburse the money directly without going through the Taliban government.

“Children are dying of hunger. We can not make promises to the people. Financial obligations must become real money,” Mr. Beasley concluded.