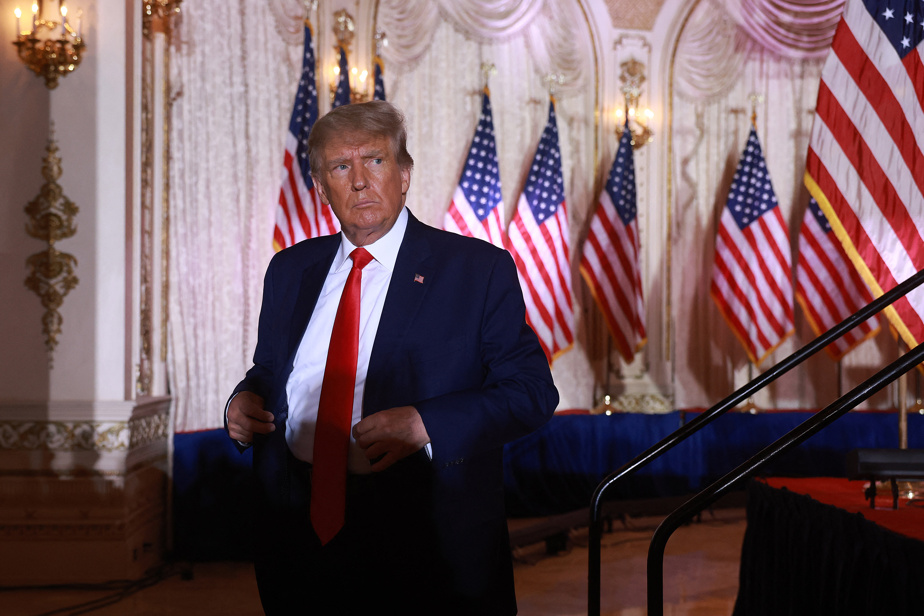 (Washington) There were those who never wanted to support him, and today there are former loyalists who have become his opponents: A growing part of the Republican Party is now showing its hatred of Donald Trump in black and white. Repeated electoral defeats.

These Republicans turned a blind eye to his excesses until he cut taxes, appointed conservative judges, and, above all, until he won.

But the Republican Party’s underperformance in the midterm elections, largely due to Mr. Attributed to Trump’s influence, the American right-wing population is being pushed out of the woods.

“I’m proud of what’s been done on tax reform, deregulation, and justice reform,” endorsed ABC Paul Ryan (2015-2019), a Republican figure and former Speaker of the House of Representatives.

Anti-Trump conservatives played a key role in the Democratic Party’s victories in 2018 and the midterm elections, especially in Joe Biden’s return to the White House in 2020.

But they were seen as apostates by the leadership of a party that embraced the tumultuous and populist vein of its leader, Donald Trump.

Trumpism’s new critics are not simple free electrons, but many influential voices that could shape the future of the “Grand Old Party” (GOP).

Mr. Under Trump there are a handful of governors, former ministers and senior officials and — inevitably — potential rivals.

Ron DeSantis, re-elected governor of Florida on Nov. 8, has been seen as his fiercest opponent for the 2024 primary election, especially as Donald Trump approaches his popularity in the polls.

The Harvard CAPS-Harris poll shows the former president as the number one casualty of the midterms, a stark contrast to a victorious Ron DeSantis.

“If they were both candidates, it would be a hell of a game, and Trump would probably lose,” Mark Penn, one of the poll’s authors, told The Hill newspaper.

All eyes are now on Georgia, where a candidate backed by a former real estate mogul is facing off against an incumbent Democrat in an election for a key Senate seat.

When he was in power Mr. Trump appointees, Mike Pompeo (CIA, Secretary of State) and Nikki Haley (US Representative to the UN) recently defected from their former boss. Chris Christie, a lieutenant in the winning 2016 campaign, said the GOP is “going to lose” because of Donald Trump’s personality.

And with Ron DeSantis’s rising popularity, many fear the former president will form an independent political party if he loses the 2024 Republican primary — a frightening prospect for the Republican camp.

“The threat is simple: If the entire party doesn’t follow in his footsteps, he’ll burn the house down by pulling his troops out of the GOP,” his former attorney general, Bill Barr, told Reuters. New York Post.

However, it is prudent to remember that with every obstacle in his presidency – two impeachment proceedings, multiple hearings, etc. – Republicans abandoned it before it rose from the ashes, more popular than ever.

But, unlike yesterday, his name no longer rings with the promise of electoral victory.

“We’ve lost three elections in a row because of Donald Trump, so on the third warning, out! Larry Hogan, the outgoing Republican governor of Maryland, shouted on CNN.

“That’s the definition of insanity: doing the same thing over and over and expecting a different result,” he added. “Donald Trump kept saying, ‘We’re going to win, and we’re going to be tired of winning. I’m tired of losing. That’s all he did.'”