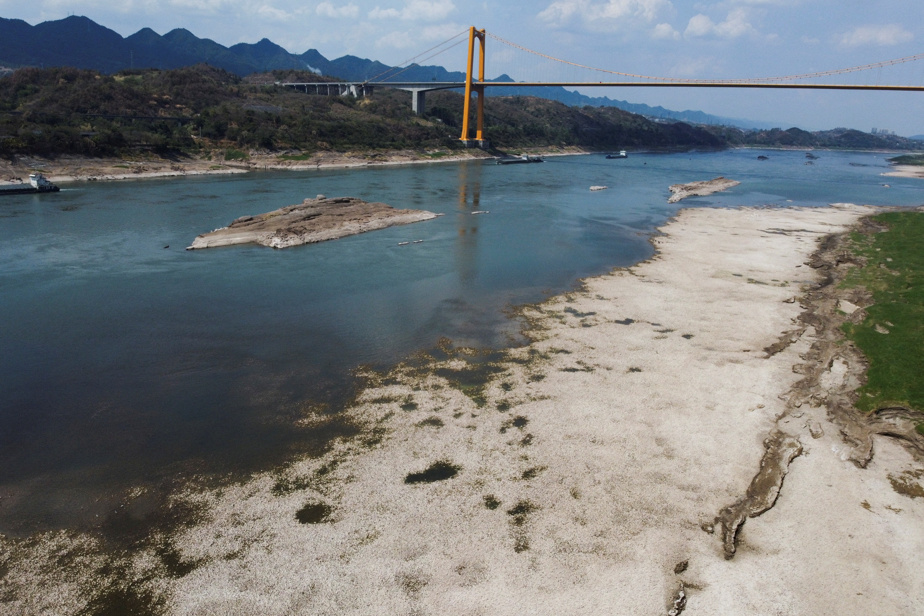 (Chongqing) China has announced that it will use chemicals to generate rain to protect grain harvests from an unprecedented drought as temperatures hit 45 degrees Celsius.

Authorities will “try to increase rainfall” by seeding clouds with chemicals and spraying crops with “water retention agents” to control evaporation, the agriculture ministry said on its website. He did not give any details about where the surgery will take place.

Crops have withered and reservoirs have been left at half their normal water levels in hot and dry summers since the government began recording rainfall and temperatures 61 years ago.

The next 10 days will be a “critical period” in determining the fate of southern China’s rice harvest, according to Agriculture Minister Tang Renjian. Global Times.

Officials will take urgent measures to “secure the autumn grain harvest,” which accounts for 75 percent of China’s annual total, Tang said on Friday.

The drought is another challenge for the ruling Communist Party, which is trying to boost sluggish economic growth ahead of a congress in October or November where current President Xi Jinping is seeking a third five-year term.

A small Chinese grain harvest can have a global impact. This will increase import demand and add pressure to runaway inflation in North America and Europe.

On Sunday, thousands of factories in Sichuan province that make solar panels, electronic chips and other industrial goods waited to hear whether last week’s six-day shutdown would be extended. Factories had to close to save energy for homes as demand for air conditioning increased.

Officials did not respond to phone calls in this regard.

The governments of Sichuan and neighboring Hubei province reported thousands of hectares of crops lost and millions damaged.

The Hubei government declared a state of emergency on Saturday and announced relief measures due to the drought. The Sichuan government, for its part, estimates that 819,000 people face drinking water shortages.

Offices and shopping malls in Sichuan have been ordered to turn off lights and air conditioners. It said thousands of lights were turned off at subway stations in the provincial capital, Chengdu.

Meanwhile, other areas have been affected by flash and deadly floods.

Earlier reports said landslides and overflowing rivers affected six villages in Datong County on Thursday night. About 1,500 people were evacuated from their homes.