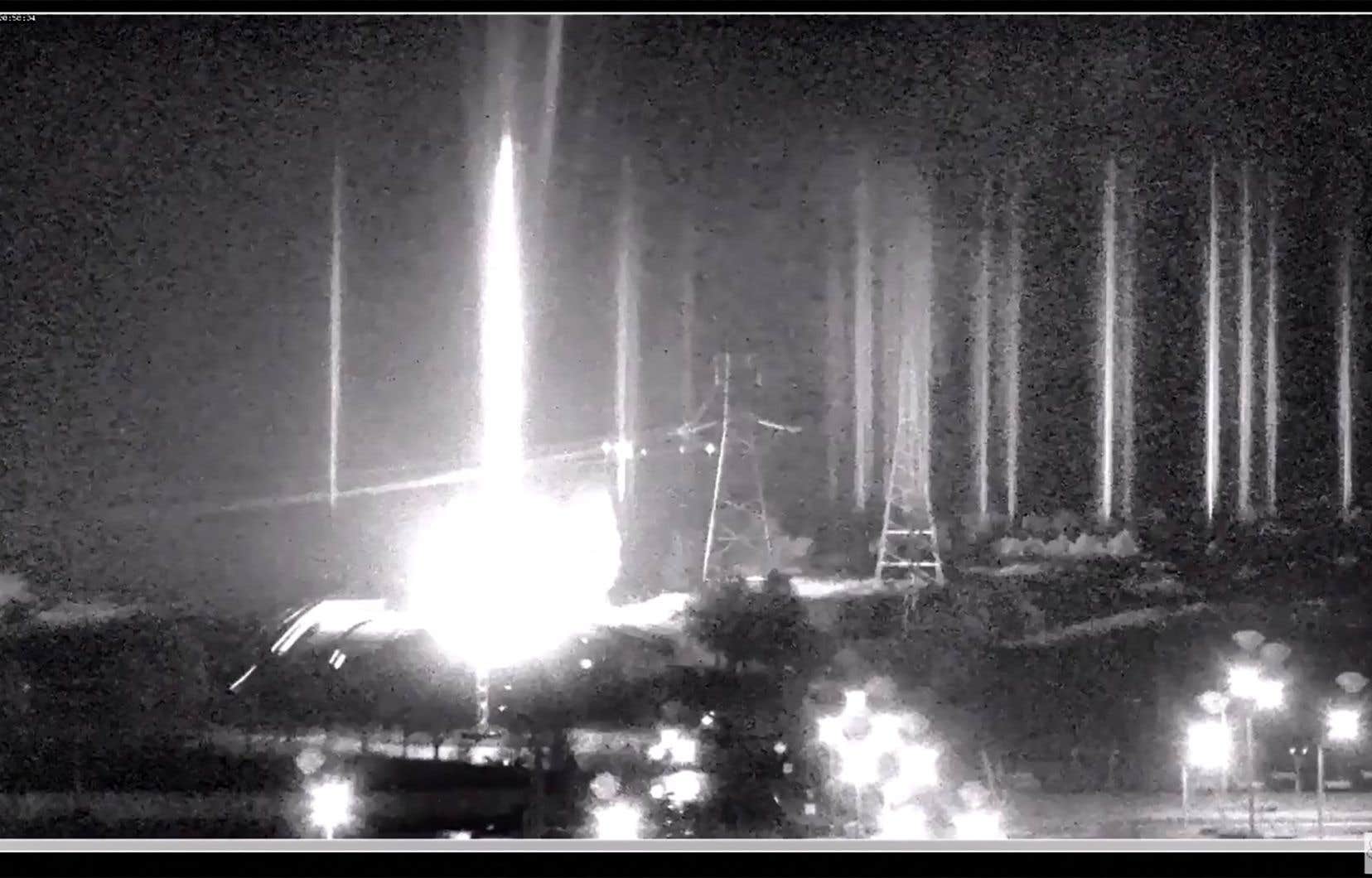 Zaporizhia, Europe’s largest nuclear power plant in central Ukraine, was hit by a Russian military offensive on Friday, but Moscow has accused Kiev of pursuing “nuclear terrorism”, claiming that its security was “guaranteed”. .

According to Kiev, the Russian tank fire at the plant set fire to the building dedicated to the training and laboratory. Emergency services said they were able to reach the scene and put out the blaze after it was stopped by Russian troops.

“Nuclear security is now guaranteed,” Oleksandre Staroukh, head of the military administration in the Zaporizhia region, said on Facebook. The Ukrainian relief agency said on Facebook that there were no casualties in the attack.

According to Ukrainian President Volodymyr Zhelensky, Russian tanks opened fire on the plant.

“These tanks are equipped with heat shots, so they know what they are doing and they are ready,” he said in a video released by the Ukrainian president.

The International Atomic Energy Agency (IAEA) has said that radiation levels at the site of six nuclear reactors and the country’s largest power plant remain unchanged. None of the “essential” equipment was damaged.

The organization tweeted that the IAEA “calls for a halt to the use of force and warns of great danger if the reactors are attacked.”

Mr. Zhelensky accused Moscow of seeking “nuclear terrorism” and wanting to “repeat” the worst Chernobyl disaster in history in 1986.

“I urge the government to take immediate action to ensure that no country other than Russia fires at its nuclear facilities,” he said. This is the first time in our history, the first time in the history of mankind. This terrorist state is currently pursuing nuclear terrorism, ”he said.

“There are fifteen nuclear reactors in Ukraine. When an explosion occurs, it is the end of everything. The end of Europe. This is Europe’s exodus, ”he continued.

“Only immediate European action can stop Russian troops. We must prevent Europe from dying in the nuclear catastrophe,” the Ukrainian president added.

British Prime Minister Boris Johnson has called for an emergency meeting of the UN Security Council “in the next few hours”.

“President Putin’s reckless actions could now pose a direct threat to security across Europe,” he said. He said in a statement after meeting Zhelensky.

An official in Washington said the Ukrainian president had also spoken by phone with US President Joe Biden. Mr. Biden later called on Russia to suspend military operations at the plant, according to the White House.

On February 24, fighting broke out near the former Chernobyl power plant, about a hundred kilometers north of Kiev, which is now in the hands of Russian troops.

In a statement on Russian television on Thursday, President Vladimir Putin said he had no hope of making peace.

“Special military action is strictly planned,” he said, paying tribute to Russian soldiers and their “valuable war against the neo-Nazis” and “foreign mercenaries” who use civilians as “human shields” in Ukraine.

In Russia, Facebook’s web pages and many independent or foreign media outlets were partially inaccessible on Friday. The Duma was due to examine on Friday a bill that would impose up to 15 years in prison for publishing “fake news” about the military.

Russian forces are stepping up their attacks on major cities in Ukraine. Kiev is accused of killing 33 people Thursday by bombing a residential area in Chernikov, on the way to Moscow, Kiev.

Vladimir Putin on Thursday showered French President Emmanuel Macron’s hope of mediation, reiterating Russia’s desire to continue its struggle “uncompromisingly against members of nationalist groups involved in war crimes” and for Ukraine’s militarization and neutral status. , According to the Kremlin.

“The worst is yet to come,” he said. Putin wants to “control” the whole of Ukraine, and after this call he sentenced the French president according to Elysee.

Russian and Ukrainian negotiators met for a second round of talks on the Polish-Belarusian border on Thursday, during which Kiev hoped to secure a ceasefire. “Unfortunately for Ukraine, the expected results are not yet available. The only solution is to organize humanitarian corridors to evacuate civilians, “wrote Mikhaïlo Podoliak, a member of the Ukrainian delegation.

The UN says more than a million refugees have already fled Ukraine.

After becoming a hero in his country, President Zhelensky on Thursday urged the West to increase their support and “close the sky to Russian planes” in Ukraine, and warned them: “If we disappear, may God protect us, it will be Latvia, Lithuania, Estonia, etc … Berlin.” Up to the wall, trust me ”.

US Secretary of State Anthony Blingen arrived in Brussels overnight on Friday for talks with NATO and EU officials, after which he will travel to Poland, three Baltic states and Moldova.

The latter, fearing that Moscow would be the next target, announced on Thursday that it had officially submitted an application to enter the European Union, following the example of Ukraine and joining Georgia.

See also  India: The Yamuna, the sacred river, is covered with poisonous algae

The attack on the nuclear plant plunged Asian markets on Friday morning, with Tokyo’s top Nikkei index down 2.5% around 4:00 GMT, while Hong Kong’s Hong Kong lost 2.6%. The cities of Shanghai, Seoul, Sydney and Singapore also declined.