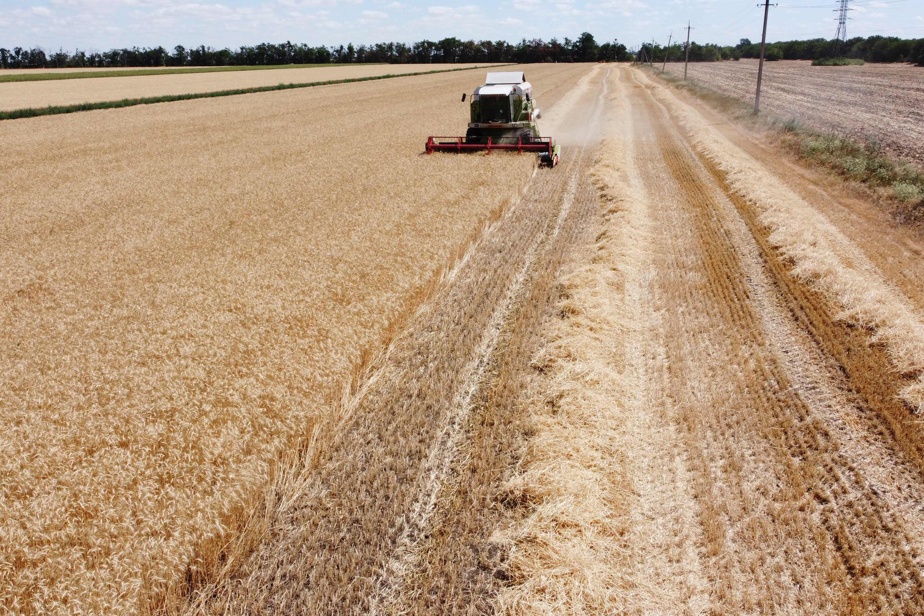 (Istanbul) Ukraine and Russia signed an agreement with Turkey and the UN on Friday to export Ukrainian grain to the Black Sea in an unprecedented ceremony between the warring nations.

Kiev and Moscow signed two similar but separate texts at the request of Ukraine, which refused to initiate any document with Russia.

The four delegations met in the presence of United Nations Secretary-General Antonio Guterres, Turkish President Recep Tayyip Erdogan and the Turkish and Russian Defense Ministers and the Ukrainian Infrastructure Minister at the grounds of the Dolmabahce Palace on the Bosphorus in Istanbul.

The ceremony took place under the flags of the protagonists, carefully separated by the blue flags of Russia and Ukraine and the red flags of Turkey, which offered itself as a mediator from the start of the invasion.

Mr. came to Istanbul in a hurry on Thursday evening. The deal, which has been fiercely negotiated since April by Guterres, will free countries from dependence on Russian and Ukrainian markets – between them 30% of world wheat trade.

The UN boss thanked Russia and Ukraine for “setting aside their differences to pave the way for an initiative in the service of all”.

He appealed for the agreement to be “fully implemented” now.

Mr. Erdogan acknowledged that getting there was “not easy” and hoped the signing of the deal, which comes nearly five months after the conflict began, “will strengthen confidence in ending this war.

According to the World Food Program (WFP), 47 million people have suffered “severe starvation” since the start of the war.

A few hours before the ceremony, Ukraine will not sign “any document with Russia”, but Turkey and the UN. The Russians have initiated a similar agreement with both of these parties.

Under the terms of the agreement, “safe corridors” will allow the movement of merchant ships in the Black Sea, which “is not attacked by either side,” a United Nations official said on condition of anonymity.

Negotiators gave up clearing the Black Sea of ​​mines – mainly set up by the Ukrainians to defend their coasts: “it would have taken too long to clear the mines”, the UN reasoned, noting that “Ukrainian pilots” would clear the way. Cargo ships in territorial waters.

Ukraine has suggested that its exports will start from three ports: Odessa, Pivtenny and Chornomorsk and hopes to increase their number in the future.

The deal is valid for “120 days,” or four months, when a new harvest approaches in Ukraine, with about 25 million tons piling up in pits.

A Joint Coordination Center (JCC) is to be established in Istanbul this weekend with representatives from all parties and the United Nations.

To satisfy Moscow’s concerns that it wants to ensure that cargo ships do not bring weapons, inspections of ships departing from and going to Ukrainian ports will take place in one of Istanbul’s ports, under the supervision of the CCC. To Ukraine.

The first round of talks between the military experts of the three countries concerned and the UN took place in Istanbul on July 13, and a certain confidence emerged.

See also  Cellular immunity, a valuable ally in the fight against omigran

Uncertainty followed Moscow’s demands at the end of the Iran-Russia-Turkey trilateral summit in Tehran on Tuesday.

Russia has finally received assurances that Western sanctions will not apply directly or indirectly to exports of its own agricultural products and fertilizers.

“Even though things are [agricoles] Russians are not affected by economic sanctions, there are sanctions related to maritime transport, insurance and the banking system,” Turkish Foreign Minister Mevlut Cavusoglu explained on Thursday.

In addition, a diplomatic official in New York said the United States had “guaranteed” large tonnage ships for Russian grain and fertilizer exports.

International logistics companies that own such buildings are reluctant to work in Moscow because of restrictions.

The United States on Thursday welcomed the deal and warned that “Russia is responsible for (its) implementation.”

But there is pessimism in Kiev: “There is no Russian partner and no Russian presence in our ports. In case of provocation, immediate military response,” Mykhailo Podoliak, an adviser to the Ukrainian president, tweeted on Friday.