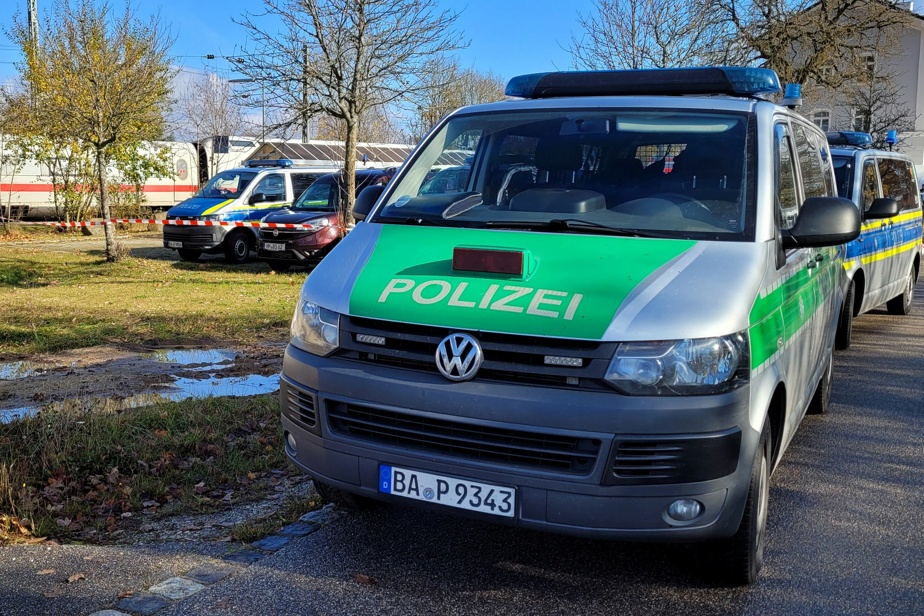 (Berlin) Three people were seriously injured on Saturday on an ICE train in Bavaria in southern Germany, the man who was stabbed has been arrested and whose motive is unknown.

Three of the severely injured were admitted to Bavarian hospitals. According to Newmark at the Der Oberplots Police, their days are no longer in danger.

The alleged perpetrator, a 27-year-old man, was arrested and police said after rumors that there were several attackers that “there is no longer any danger”.

In this case, investigators did not provide further details about the attacker, but according to several German media outlets, he is a Syrian and may be suffering from mental disorders. At this point the investigation was handed over to the Nuremberg Attorney’s Office, not to the Federal Attorney’s Office, which is responsible for terrorism cases.

GMT informed police at 8 a.m. that an ICE high-speed train traveling with about 300 passengers between Bavaria and Hamburg had been stabbed.

The high-speed ICE train stopped at Seubersdorf station between Nuremberg and Regensburg in the south of the country. A large number of policemen were deployed at the spot. The train was evacuated and the track was suspended until further notice.

“This knife attack is horrible,” Home Secretary Horst Seehofer responded. “I would like to thank everyone, especially the police and train staff for their courageous action, which helped prevent further aggravation,” he added in a statement on Twitter.

The motive for the crime is not yet clear and will now be determined.

These facts come at a tense time in Germany, which in recent years faces the dual threat of terrorism, jihadi and right-wing extremists.

German authorities are particularly wary of the Islamist threat, especially since 12 people were killed in Berlin in December 2016 in an attack on a Ram truck allegedly carried out by an Islamic State group. This jihadi attack is the worst attack ever carried out on German soil.

“Germany and Western Europe are still in the eyes of radical Islamists,” he warned.

Since 2013, the number of Islamists considered dangerous in Germany has increased fivefold to 615, according to the Interior Ministry.

Many of the attacks or attempts were made by asylum seekers – a Tunisian, a Syrian and an Afghan – who came to Germany as a result of the 2015 migration crisis.

President Angela Merkel has opened the doors to 900,000 asylum seekers across the country.

According to the authorities, unlike some of the attackers in Paris on November 13, 2015, none of the perpetrators came to Europe on ISIS orders. They all seem to have organized their actions on their own, often under the influence of mental disorders.

On June 25, three people were killed and five others were stabbed by a Somali man suffering from mental health problems in W வrzburg, southern Germany.

Germany has been a target for jihadist groups, especially in the fight against ISIS in Iraq and Syria and in the alliance established in Afghanistan until last August.