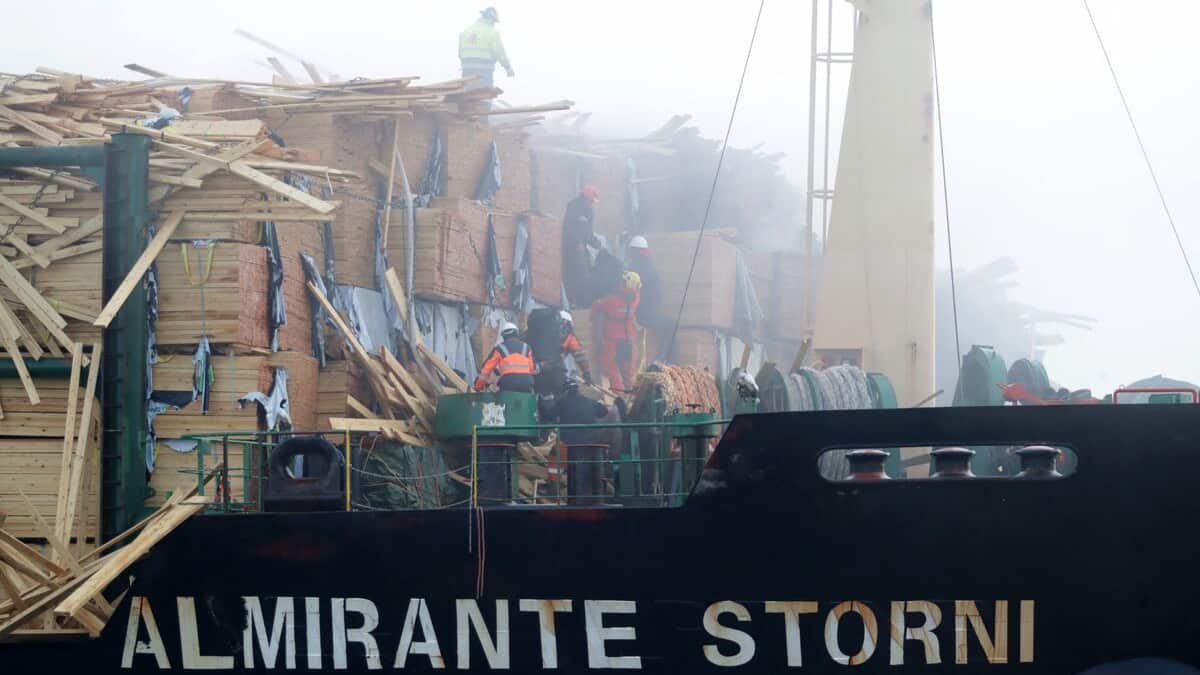 Police said Friday that the cargo ship Almirante Storni, which had been burning wood for six days off Sweden’s west coast, would be towed to the port of Gothenburg in an attempt to contain the blaze. .

The 177-meter-long ship with a crew of 17 has used significant resources, including reinforcements from several countries, including Norway, since the fire started on Saturday.

A number of rescue ships aboard a Liberian-flagged cargo ship owned by German shipowner NSC Holding continue to pour water.

The ship’s captain has so far refused to abandon the ship, where Coast Guard firefighters are also taking turns.

The cargo ship is still anchored a few nautical miles off the coast of Sweden’s largest port, Gothenburg Archipelago. According to the Coast Guard, it should arrive at the dock Saturday.

The risk of pollution is considered to be minimal, with fires occurring far away from tanks containing 600 tons of fuel, much like a shipwreck. Bad weather in the middle of the week caused problems in the rescue operation.