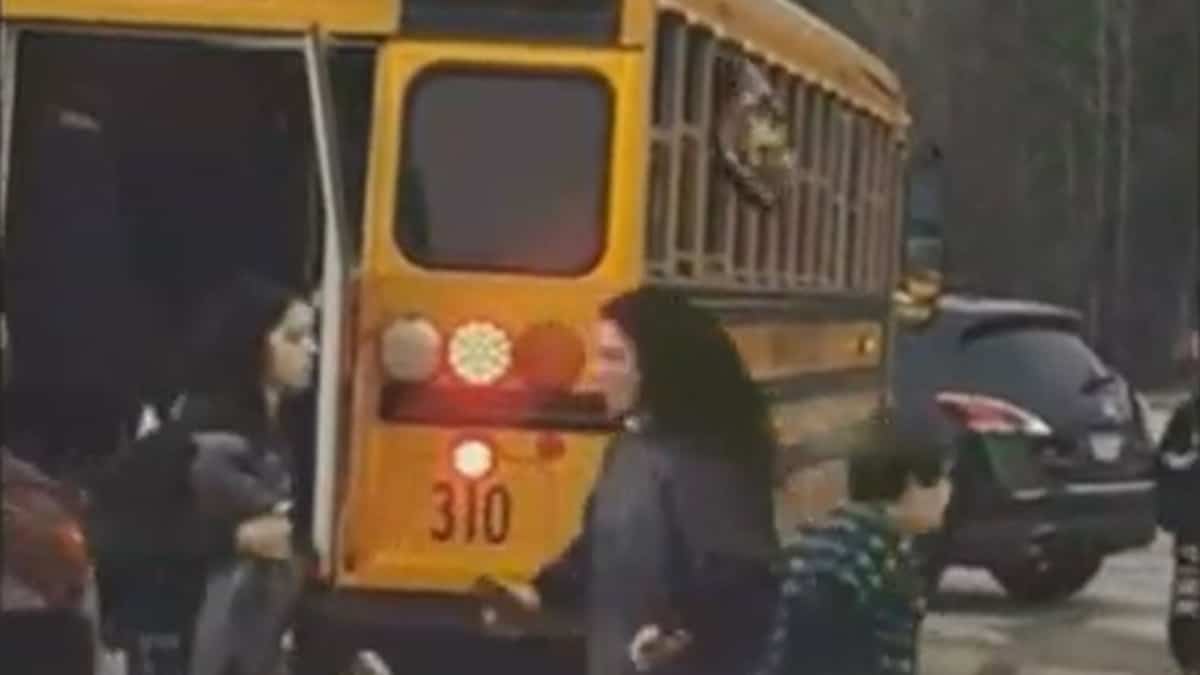 Videos posted on TikTok, which have gone viral, show elementary school students trying to escape through the windows of a school bus at a busy intersection at the behest of their parents.

The Paulding County School District in the US confirmed to Channel 2 Action News that the bus driver has been suspended.

At one point, the video shows parents knocking on the bus door to get the driver to open it, unsuccessfully.

When the parents asked to open the door, the driver refused to let the students off the bus without a yellow stamp.

Another shared video shows a parent slapping a female bus driver in the face. She then sits down, then closes the door and leaves with the children. The parents feared that their child would be abducted.

The video shows the students sticking their heads out of the bus windows and shouting at their parents.

Paulding County said the regular driver was sick that day and was replaced by him after an argument.

The incident reportedly took place when a vehicle stopped the school bus while it was coming to a routine stop, although it asked the students to get off the bus.

Dallas police confirmed they are investigating.