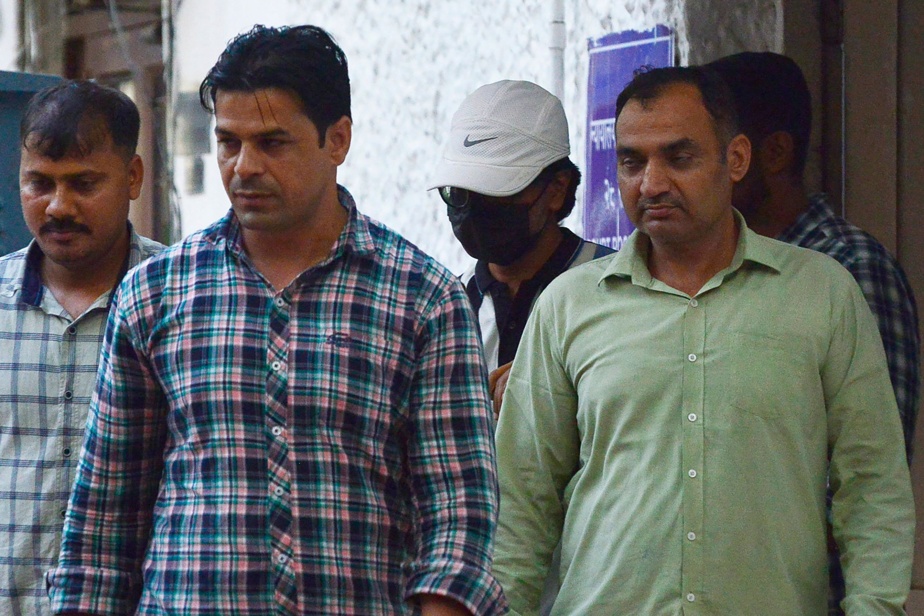 Indian police are cracking down on a journalist who caused a humiliating international crisis for Prime Minister Narendra Modi.

The security forces’ action against Mohammad Zubair, who has been detained since June 27, has been criticized by observers of Indian political life as an act of revenge from the top of the state.

“It is ridiculous to accuse him. BJP [Bharatiya Jamata Party] Not even the slightest bit of criticism is tolerated,” says Salil Tripathi, a New York-based writer and journalist, in an interview. Referring to Modi’s training.

Indian Newspaper the Hindu A recent editorial goes in the same direction, calling it “a fresh example of the regime’s characteristic intolerance” and its “opposition” to anyone who dares to criticize the country’s continued attacks on religious minorities.

One of the co-founders of Alt News, Mr. Zubair was initially charged by the New Delhi police with “insulting Hindu religious beliefs” four years ago, aimed at countering disinformation and hate propaganda efforts. – Old tweet.

He posted a photo taken from an Indian movie made 40 years ago in which a company was renamed using the name of the god Hanuman.

An alternative that can in no way be seen as a shame, step by step the HinduIt drew the ire of an anonymous netizen who complained from a Twitter account with practically no subscribers.

The 39-year-old journalist was targeted by police in the northern state of Uttar Pradesh for a tweet attacking three Hindu nationalist leaders who were condemned as “hate mongers”.

In a Supreme Court hearing aimed at allowing him to temporarily restore his freedom, the journalist’s lawyer, Colin Gonsalves, argued last week that his arrest was a ‘new police tactic’ to silence critics.

The aim, he pleaded, was to limit the freedom of expression of the advocates of secularism who dared to oppose the promoters of socialism and to intimidate them so that they would no longer dare to protest. problems.

Although the court accepted the request, the journalist has been detained due to separate proceedings pending in New Delhi.

The co-founder of Alt News, which has half a million Twitter followers, sparked a scandal in late May when he widely echoed the comments of BJP spokesperson Nubur Sharma, who mocked the relationship between Muhammad and his younger self on air. wife

Before the case took an international turn, with the intervention of leaders of several Muslim countries demanding an apology from the BJP, angry Muslim citizens protested against the spokesperson in Uttar Pradesh.

The spokesperson and another party representative who made his comments were eventually sacked, which Mr. This drew the ire of Hindu nationalists who were angry with Zubair.

Tensions over the crisis contributed to a horrific attack in Rajasthan state in late June, where two Muslim men were accused of beheading a Hindu businessman who had tweeted in support of Nubur Sharma.

A local official appealed to Narendra Modi to remain calm, noting that “tension is rising in small towns and the gap between communities is widening”.

Meenakshi Ganguly, South Asia director at Human Rights Watch, noted in an online analysis last week that the Indian government has always tended to downplay criticism of the “systemic discrimination” it promotes.

A step in the right direction

Now the situation has changed as India’s strategic partners are showing their irritation. He is pushing New Delhi to take, ironically, non-activist and more muscular measures to end abuses and “silence critics capable of reaching an international audience”.

Mme Ganguly warned that countries cooperating with Narendra Modi’s regime must ensure that they uphold their human rights commitments.

In the past few days, Germany has intervened specifically on the issue, noting that India boasts of being the “world’s largest democracy” and should be sensitive to the importance of freedom of expression and freedom of the press.

Mr. Tripathi was alarmed by the growing number of his Indian correspondents, except through encrypted applications for fear of reprisals.

Foreign leaders, he said, “must reconsider whether it is still correct to say that India is a true democracy”.