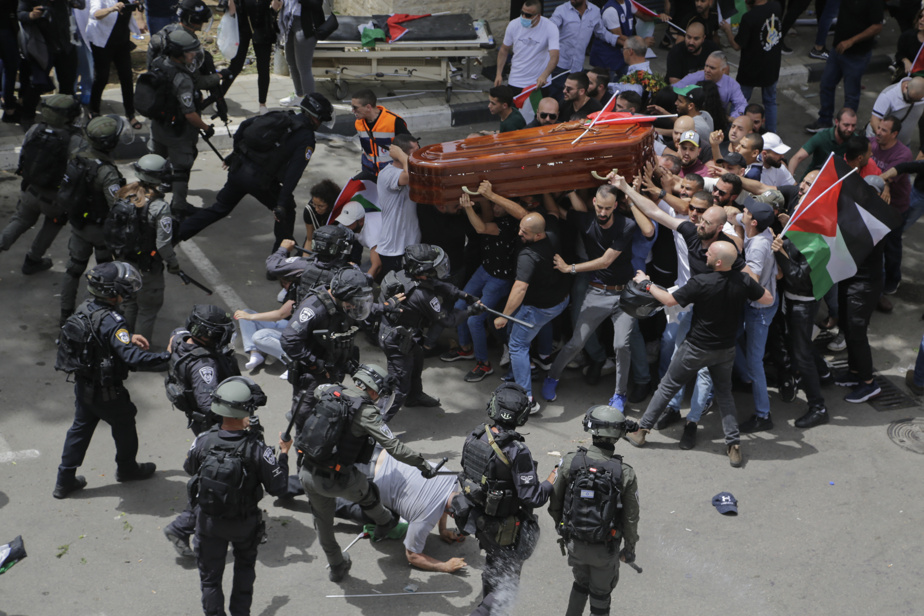 (Ottawa) Foreign Minister Melanie Jolie on Monday condemned the actions of Israeli police who pushed and beat people at the funeral of an Al Jazeera journalist killed while working in the West Bank.

MMe Jolie said the actions of the Israeli police, including some cavalry members, were unacceptable to the family and friends of senior Palestinian-American journalist Shreen Abu Agle.

He added that the report should shed light on the killing of a journalist who was shot dead while covering the Israeli military offensive in Jenin on the West Bank last week.

Witnesses said the journalist was killed by a bullet fired by the Israeli army, which responded that the origin of the bullet was not yet known.

Video footage of the funeral shows police beating the crowd and the laity. At one point, the coffin was almost dropped.

Israeli police said in a statement on Saturday that its commissioner had begun an investigation into the role of officials in the funeral. According to the police, the rioters tried to sabotage the procession and hurt the authorities.

NDP foreign affairs spokeswoman Heather McPherson called the conduct of Israeli police at the funeral “disgusting” and called for an independent international inquiry into the journalist’s death.