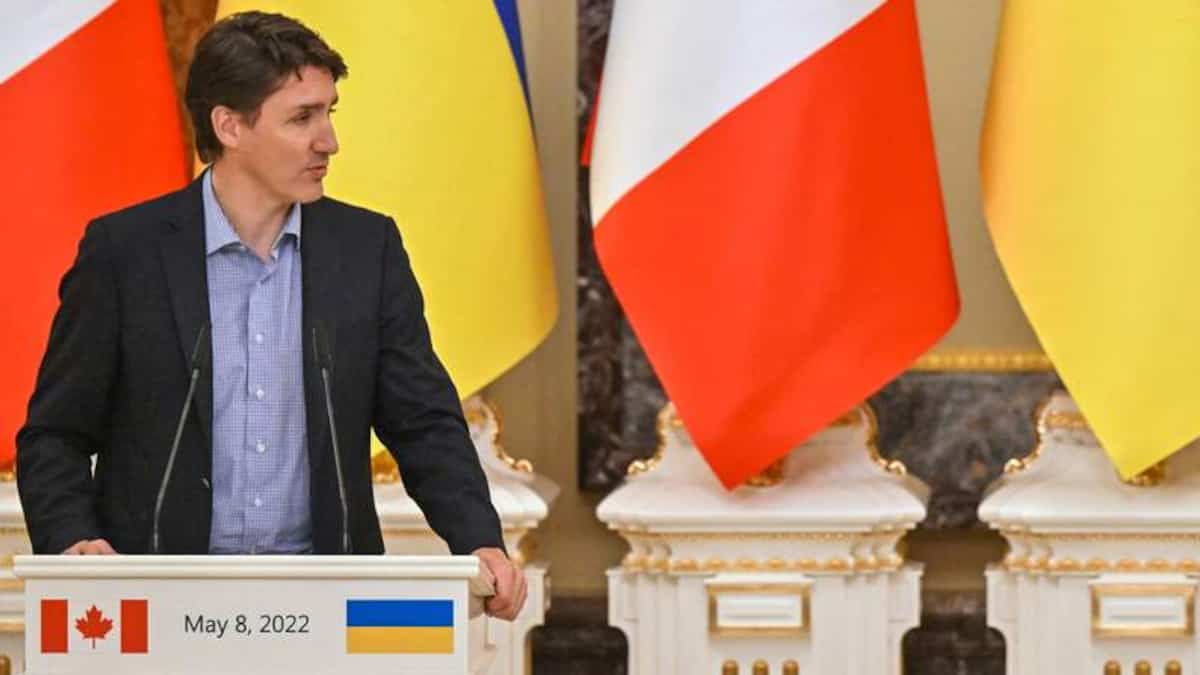 Ukrainian President Volodymyr Zelensky spoke by phone with Canadian Prime Minister Justin Trudeau on Sunday, insisting that the international stance on sanctions against Russia must be based on “principles” and that pressure on Moscow increased rather than eased.

It was the first phone conversation between the two leaders since Canada’s decision to allow turbines designed for the Russian gas pipeline Nord Stream, which has been heavily criticized by the Ukrainian president, to return to Europe.

The latter considered it “unacceptable”.

After thanking Trudeau for strong Canadian defense support, Zelensky said in a tweet, “reiterating that the international position on sanctions must be principled.”

After recent “terrorist attacks” in several Ukrainian regions, he said, pressure on Moscow “must be increased and decreased”.

Canadian Deputy Prime Minister Chrystia Freeland on Saturday defended the Canadian decision, insisting it was the “right decision” even if it was “very difficult.”

Ottawa justifies its decision, which exempts these turbines, repaired in Canada, from the sanctions imposed on Russia, especially not to compromise the energy supply of Europe and Germany.

“The energy challenges facing Germany and our European partners are very real and Canada is aware of them,” Ms. Freeland added.