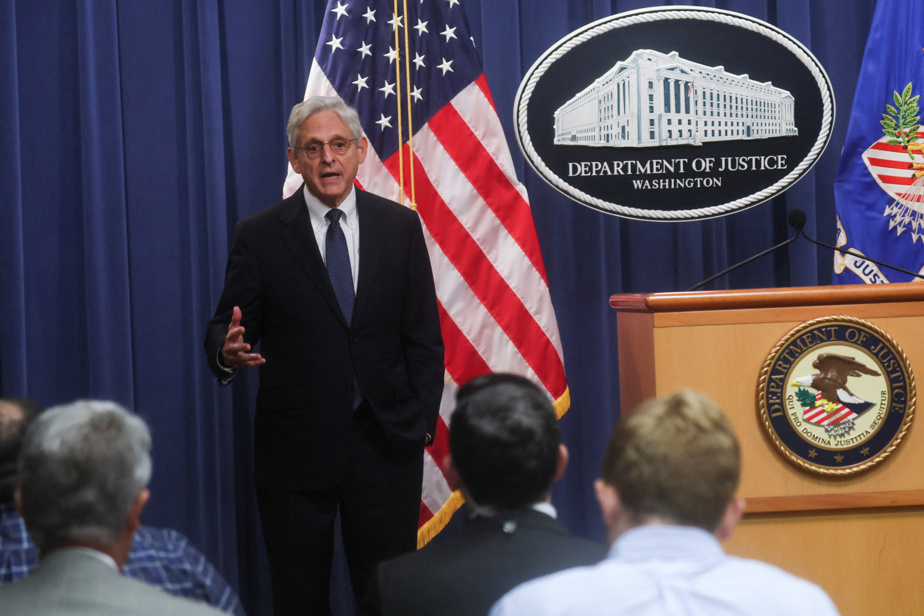 (Washington) US Attorney General Merrick Garland will sit on the Supreme Court today unless Republican senators block him.

But he faces a decision as tough as the one at the high court: to prosecute the former president of the United States.

The 69-year-old former judge personally approved the FBI’s spectacular Aug. 8 raid of Donald Trump’s Florida home and will be the one to decide whether he should be indicted.

It would be unprecedented for a former tenant of the White House: Richard Nixon was pardoned by his successor, Gerald Ford, before an indictment was decided in the Watergate scandal.

If Richard Nixon no longer has influence – he resigned to avoid almost certain impeachment – this is not the case for Donald Trump, the Republican who plans to seek a new mandate in 2024.

“The idea of ​​imposing anything on a former president is very unusual,” noted Steven Schwinn, a law professor at the University of Illinois at Chicago.

While the search of his Mar-a-Lago residence appears to be related to the presence of classified documents, Donald Trump is also the target of investigations into his efforts to alter the results of the 2020 presidential election and his role in the attack. His supporters against the Capitol on January 6, 2021.

The American billionaire has not yet been tried in any of these cases, but the Congressional Commission of Inquiry into the attack on Capitol Hill has given Merrick Garland a lead to follow.

Whether he does that remains to be seen.

The Mar-a-Lago raid alone caused a political storm. In a country so deeply divided, an accusation could add fuel to the fire.

Merrick Garland is politically astute enough to weigh the risks, Steven Schwinn adds, but he also has other “difficult factors to consider.”

“On the one hand, Mr. Garland has to think about his job, which is to enforce the law,” he explains. “On the other hand, he is well aware that any criminal case against Donald Trump will energize his supporters and that there has been violence against federal agents before. »

“Without fear or complacency”

“Nothing comparable has happened to the former president of the United States,” protested the former real estate magnate, who said he was the victim of a “witch hunt.”

In the Democratic Party, by contrast, some have criticized Merrick Garland for delaying indicting the former president, who should have been behind bars for inciting the rebellion.

A Harvard graduate, the savvy attorney general is familiar with high-profile cases.

Merrick Garland led the investigation into the 1995 right-wing bombing of FBI offices in Oklahoma City that killed 168 people.

He also brought to justice Ted Kaczynski, an environmentalist nicknamed the “Unabomber” who sent parcel bombs to educators and airlines.

In March 2016, Barack Obama picked him to sit on the Supreme Court, but Republicans, who control the Senate, refused to vote on his nomination until the end of the Democratic president’s term. This allowed Donald Trump to appoint conservative Judge Neil Gorsuch.

Merrick Garland, very concerned about compliance, did not attempt to comment on the Justice Department’s ongoing investigations. But he was banished from existence after being angered by Mar-a-Lago’s quest.

Recognizing the “vital public interest”, three months ahead of the interim assembly elections, he underlined that the decision was not taken “lightly” and that “the law should apply to all fairly, without fear or complacency”.