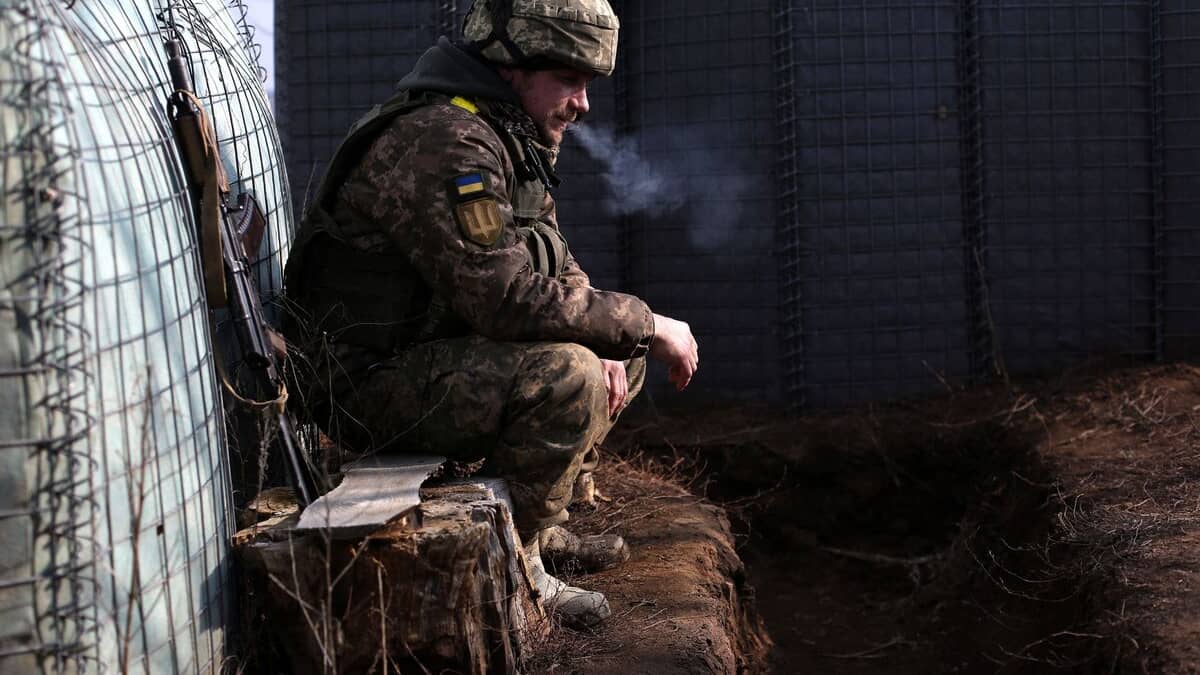 Ukrainian President Volodymyr Zhelensky is losing his will against Russian President Vladimir Putin, whose attack could cause his country regional losses for the second time since 2014.

Read more: Fears of a Russian attack in Ukraine are growing

Read more: Biden announced sanctions that would cut off Russia from Western funding

Read more: The world is reacting to Putin’s announcement on the Ukraine issue

In defiance of Western warnings, the Russian president on Monday ordered the deployment of troops to eastern Ukraine, backing the independence claims of the two pro-Russian separatist territories.

Western capitals are still trying to determine whether this expected deployment, known as the “Blue Helmets”, is the starting signal for a terrible invasion and the imposition of major sanctions against Moscow.

Especially during the concerted action of the 150,000 Russian troops stationed on the Ukrainian border, if attacked too hard and too fast, Ukraine’s allies will have little room for subsequent sanctions.

But with the support of the European Union and Washington, the Ukrainian president faces an even bigger dilemma.

In the eyes of the public, Vladimir Putin will not allow himself to resign in the face of the decision to control part of his country. But he could not challenge the Russian armed forces, which are far superior to the Ukrainians, or risk an even bigger war in his country.

The Ukrainians are even more shocked by the annexation of their Crimean peninsula in 2014.

Vladimir Putin later sent his troops under the nickname “Little Green Men” because they wore no identity and took control of key structures.

By then Ukraine had lost its entire Black Sea Fleet and its entire territory without firing.

“If he starts making concessions to Russia now, he will not be able to retain the presidency,” he said. Daviduke predicts.

Mr. Zhelensky announced on Tuesday that he was considering severing diplomatic relations with Moscow.

“By law, I think the attack has already begun,” he told reporters.

From an operational point of view, Ukraine’s ability to oppose Russia is unclear.

Ukrainian forces are stationed at the front, passing through the Donetsk and Lukansk territories known as the Donbass, a third of which are in separatist hands.

Putin announced on Tuesday that he would recognize all of these areas, including those under Kiev’s control.

For some analysts, this means that Moscow is preparing to forcibly take over the rest of the Donbass.

If Kiev’s offensive against Russian troops in Donbass seems unbelievable, the Ukrainian army, which was in ruins at the start of the war with pro – Russian separatists in 2014, is today the most experienced and trained adversary, especially thanks. For Western support.

Analyst Volodymyr Fesenko warns that “what happened in the Crimea will not happen again. The land will not be reclaimed or abandoned.” “Yes, it will be a real war.”

Before recognizing the independence of the separatist “republics”, the Russian president insisted that Ukraine was an artificial creation created as a result of the error of the young Soviet Union.

According to Anatoly Oktisiok, a researcher at the Center for Democracy House, the Kremlin’s drawing of its Red Fort is a question of a definite rejection of Kiev’s pro – Western alignment.

“Putin will not leave Ukraine,” he said. Oktisiok examines. “He raises the precaution.”