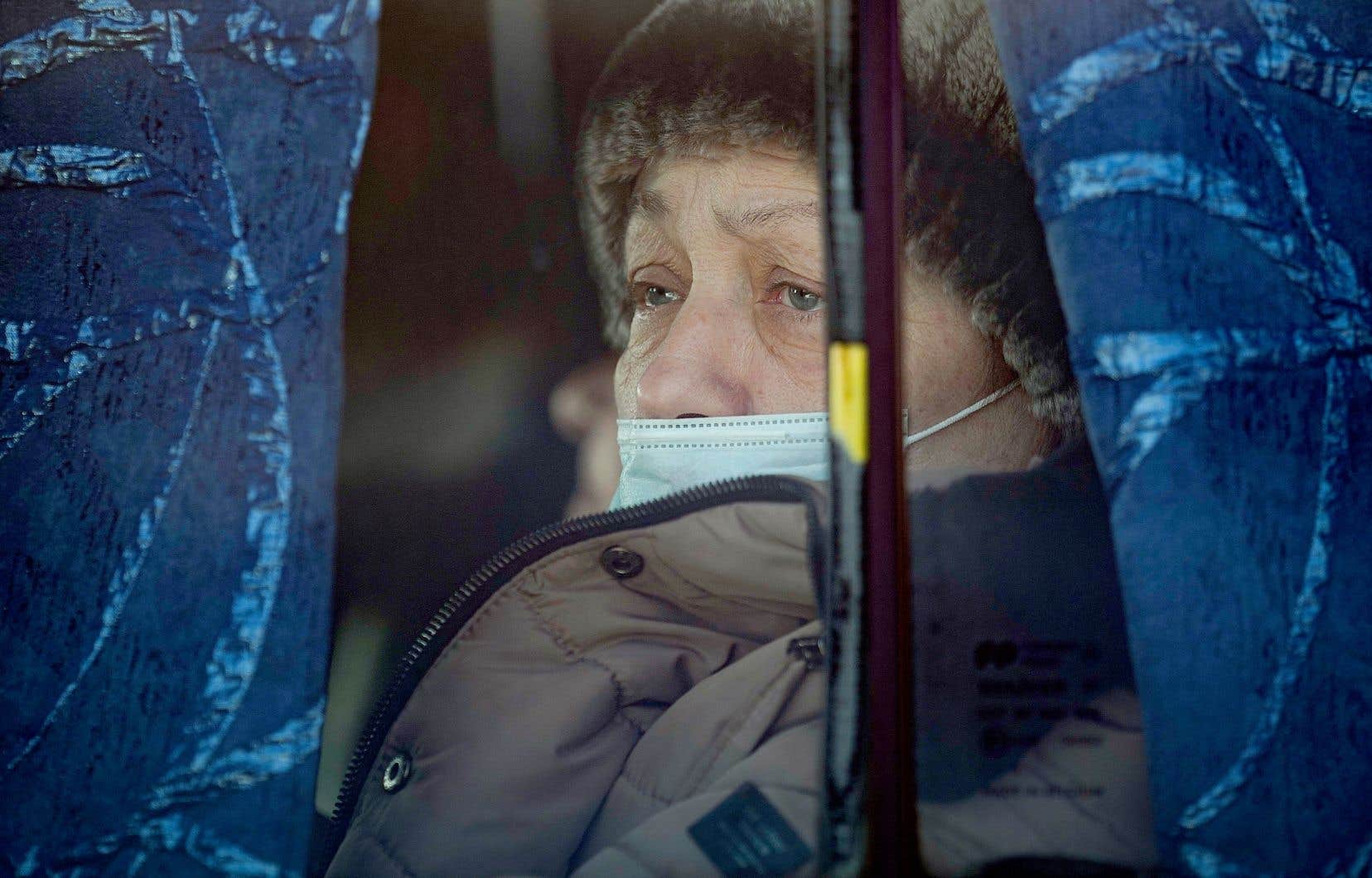 Action. Reactions. Canada, the United States and the European Union on Tuesday rallied against Moscow and announced a series of major sanctions targeting Russia, which, according to the White House, looks like “the beginning of the Russian invasion of Ukraine.”

These results did not shake Vladimir Putin.

The next day Recognition of the independence of the two pro-Russian regions of UkraineThe Kremlin leader has declared the peace agreements negotiated with the former Soviet Republic invalid in these areas east of the occupied country since 2014, and announced that Donetsk and Lukansk will establish diplomatic relations with the “republics”. Not recognized by the international community.

Russian Foreign Minister Sergei Lavrov said the move was aimed at establishing “comprehensive cooperation” with Russia, and “strengthening peace, stability and security.” On Tuesday, the Kremlin leader received a green light from his parliament to deploy troops in separatist areas to “defend” against Moscow’s proposed measures of possible occupation from Kiev. A campaign that is considered a concern by NATO described the current expansion in the voice of its Secretary-General Jens Stoltenberg as “the most dangerous moment for European security for a generation”.

“Moscow has moved from a covert attempt to destabilize Ukraine to open military action,” he added, citing Russia’s planned “large-scale offensive” against Ukraine. “We continue to see the military build-up. We see more and more armed forces leaving the camps, preparing for attack and coming to the battlefield.”

In response, Washington on Tuesday announced “first installment” sanctions aimed at blocking Russia’s access to Western funding and targeting “Russian elites” – including the head of Russian intelligence (FSB) Alexander Portnikov, as well as financial institutions. “We are imposing broad sanctions on Russia’s sovereign debt,” Biden told a news conference from the White House. “If Russia goes further with this invasion, we are ready to go further with sanctions,” he added.

Justin Trudeau said Canada was following the US lead in the coming hours by banning all Canadian financial transactions to the “independent” territories of Lukansk and Donetsk and announcing “sanctions against Russian lawmakers who voted to approve the illegal decision.”

In the process, the prime minister said, Latvia had given permission to “deploy 460 members of the Canadian Armed Forces” and send “additional warships and a maritime patrol aircraft.” “We are doing this to strengthen our commitment to NATO and to promote peace and security in Europe.”

Ottawa summoned the Russian ambassador [lui] Canadian Foreign Minister Melanie Jolie tweeted, “Explain Russia’s continued aggression, violation of international law and disregard for Ukrainian sovereignty.” Joseph Borrell, the European diplomat, spoke of the freezing of property and the visa ban on the 351 Russian Duma delegates who recognized the independence of the secessionist territories.

“These sanctions target 27 individuals and organizations that undermine or threaten the territorial integrity of Ukraine, its sovereignty and its independence,” said Joseph Borel. Country, “those who carried out false information propaganda against Ukraine” and “Russian officials and banks financing other activities in these separatist territories”.

The same story happened on the G7 page where foreign ministers met on Tuesday to “discuss Russia’s blatant disregard for Ukrainian sovereignty.”Me Beautiful. “We are united in our support for Ukraine, and we impose sanctions on Russia for its actions,” he added.

But the biggest move announced by Berlin was to shut down the massive North Stream 2 gas pipeline project, doubling Germany’s Russian gas supply, with a 55 billion cubic kilometer gas pipeline of 1,230 kilometers under the Baltic Sea. Per year. According to German Chancellor Olaf Scholes, the plan, which has caused tensions in the European Union and the United States for years, is subject to the Foreign Ministry’s political “reassessment” due to the new “geopolitical situation.”

According to Justin Trudeau, “Vladimir Putin underestimated the international community’s response to the invasion of Ukraine and” will pay a high price. ” However he acknowledged that their numbers were not enough to defeat Obama’s government.

Hope shared by US President Joe Biden to avert the “worst situation” in Ukraine that will “cause great suffering to millions of people.” “We value Russia by its actions, not by its words. Whatever Russia does next, we are ready to respond with unity, clarity and confidence. I hope the diplomatic channel is open,” he added.

But this path is increasingly weak, after weeks of vain discussions between Moscow and the West. On Tuesday, US diplomat Antony Blinken said he would not meet with his Russian envoy, Sergei Lavrov, as scheduled this week, after Moscow recognized two separatist areas in eastern Ukraine. “Now that the invasion has begun and we see that Russia has clearly rejected any diplomacy, there is no point in meeting us at this point,” he told a news conference with Ukrainian Foreign Minister Dmitry Kuleba.