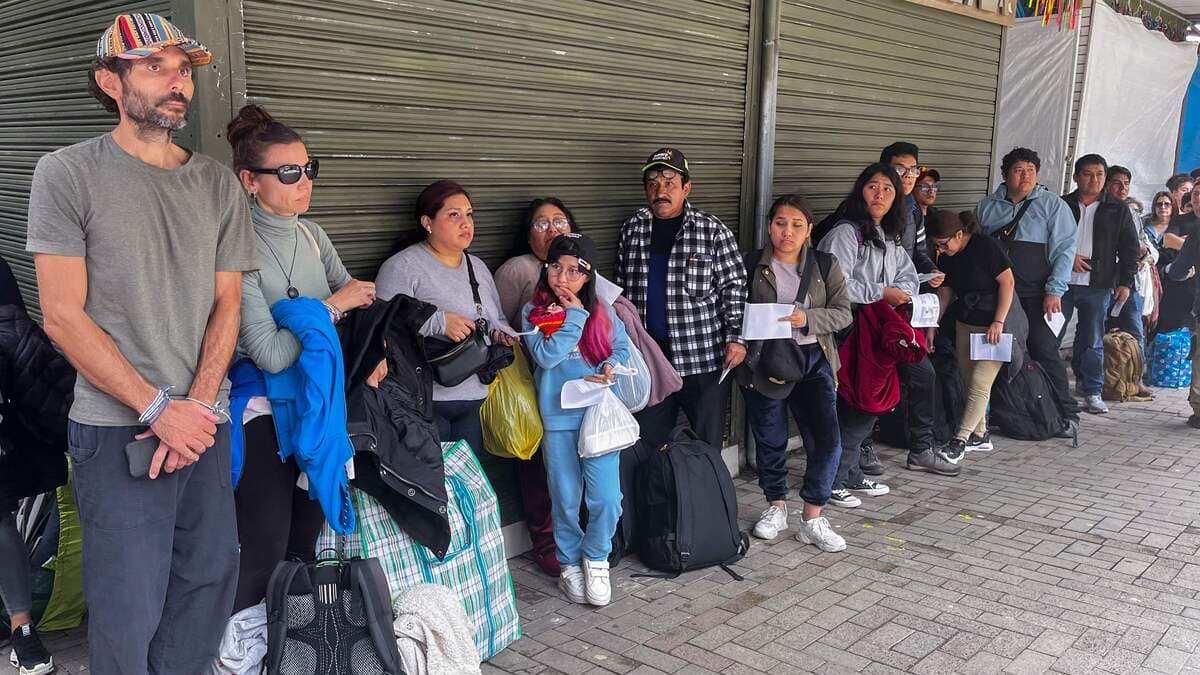 About 400 tourists stranded at the base of Machu Picchu due to unrest in Peru – which has claimed 46 lives since December and continues in the capital – were evacuated on Saturday by authorities who closed the famous Inca site.

“This afternoon, 418 national (Peruvian) and foreign tourists were transferred from the village of Machu Picchu to Cusco, Peru’s Inca imperial and tourism capital, the Ministry of Tourism announced on Twitter.

The ministry released a photo of the train connecting the two cities and tourists inside. Apart from walking, train is the only way to reach this tourist gem. Piscagucho is the nearest village connected to the road network.

Tourists were left stranded for days as protesters damaged the tracks.

Tourists from all countries filed evacuation lists in Aguas Calientes on Friday.

On Saturday morning, authorities announced the closure of the Inca Trails (land access, Inca Trail) and Machu Picchu’s Lacta (…) network to protect the social atmosphere and the safety of visitors, according to a press release from the Ministry of Culture.

In December, about 300 tourists were already stranded in Machu Picchu and were evacuated by a special train with railway workers under the supervision of law enforcement to repair the route.

Tourism, vital to the economy, represents 3 to 4% of GDP and provides employment to all strata of the population.

The morning was mourned by a new death, a demonstrator who died of his wounds received on Friday during clashes between police and protesters in Ilavé, in the Puno region (near south, Bolivia).

This brings the death toll to 46 since December 7 and protests have begun calling for the resignation of President Tina Polwart, the dissolution of parliament and the constitution of the Constituent Assembly.

The unrest began after the impeachment and arrest of leftist President Pedro Castillo, accused of attempting a coup by seeking to dissolve parliament, which was preparing to oust him from power.

The European Union on Saturday condemned violence and the “disproportionate” use of force by police. “The EU calls on the government (…) to ensure an inclusive dialogue with the participation of civil society and affected communities,” the statement said.

The crisis is also a reflection of the great divide between the capital and the impoverished provinces that supported President Castillo, who is of Native American descent.

In Lima, two days after the rally, the situation remained tense as demonstrators from impoverished Andean regions flocked to the capital.

Police raided the University of San Marcos in the center of the city in the morning to evict several demonstrators who had been staying for several days.

They shot down the gate with an armored vehicle and then searched the premises, sometimes forcing them to lie on the ground in front of the university, AFP journalists noted, before arresting some.

“I have relatives there. I am worried. We don’t know what will happen. I don’t know what they are accused of,” said Luz Maria Ramirez, 62, from Andahuaylsas (in the south), the epicenter of the demonstrations in December.

Several hundred people gathered near the police in the afternoon demanding their release, in what some labeled the “Dina killings”.

See also  Ukraine: Hundreds of civilians were executed at the beginning of the war

“What they are doing is (abuse of power). They call them “terrorists”, but they are farmers who claim rights. We have come to support them so that they can be released,” says unemployed 64-year-old Dalila Sanchez.

The police fired teargas shells and dispersed them in the evening.

Other smaller groups also protested in the capital with similar demands.