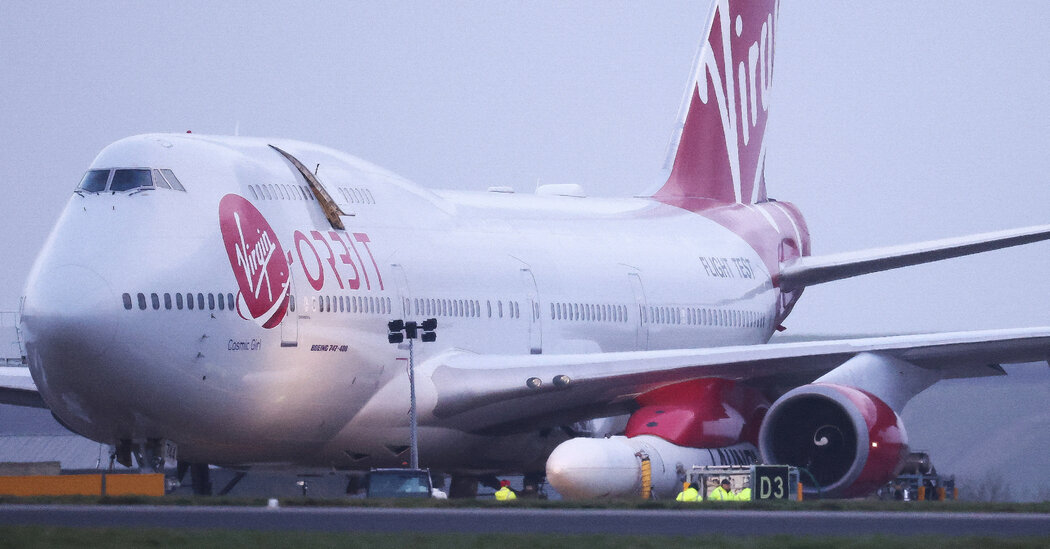 Virgin Orbit, which attempted to launch satellites into space from Britain for the first time earlier this week, said Thursday that a problem with the rocket’s second stage engine 110 miles above Earth caused the mission to fail.

Virgin Orbit said in a statement that the problem, which it described as an anomaly, “prematurely terminated the first upper stage burn,” or second stage, of the satellite-carrying rocket. In other words, the second stage engine, which was supposed to lift the satellites high enough to start orbit, was shut down for some reason.

The company said that the missile and its nine satellites fell to the ground within what it called the “approved safety corridor.”

The missile was launched from a modified Boeing 747 of Virgin Orbit, which took off from Newquay Airport in southwest England late Monday night. The plane and its crew returned safely, but it is clear that Virgin Orbit must work to preserve its business and reputation.

The company, which was founded by Richard Branson and is based in California, has a few US launches under its belt, but aspires to establish itself as a global launch provider. The failure of its first international launch is clearly a blow to that effort as well as to Britain’s fledgling space programme.

Some of the satellites on board are owned by Britain, the United States and other governments, which are unlikely to feel much financial pain from the loss. But for one of the satellite makers, Horizon Technologies, a startup based in Reading, England, losing its device could threaten the company’s existence.

John Beckner, the company’s chief executive, said that Horizon has committed $4 million to develop a naval intelligence satellite, a small device known as a cubesat, for a British government-funded organization, and that “for a company of our size, this loss, if not corrected, could be fatal.” “.

Mr Bickner said he was “working with Virgin and the UK government to seek compensation for the loss”.

Mr. Beckner also said that the company also hopes to launch other versions of the satellite.

It is unclear when Virgin Orbit will be ready to launch again. The company said it expects to return to Newquay Airport to launch additional flights, but its next flight will be from its home base in the Mojave Desert.

She said Jim Sponeck, a veteran of the space industry, was helping to lead an investigation into the causes of the failure.