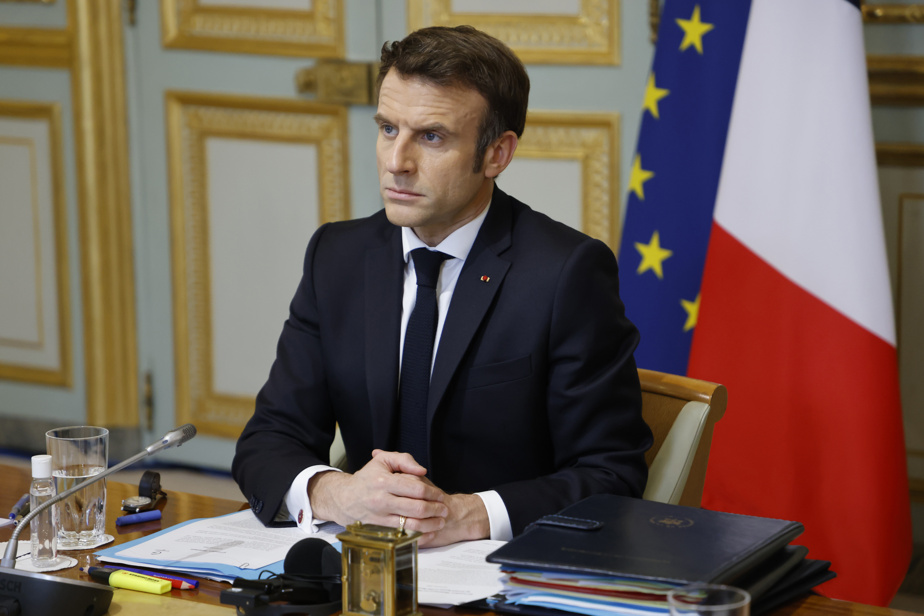 (Moscow) The Kremlin says Russian President Vladimir Putin and his French president Emmanuel Macron had a “serious and open” telephone conversation on Thursday about the military operation launched by Moscow in Ukraine.

This is the first known telephone contact between Mr Putin and a Western leader since Russia launched an invasion of Ukraine on Thursday morning.

The two leaders said in a statement issued after the Kremlin meeting that they had “exchanged serious and open views on the situation around Ukraine”, which, according to the French president, was “initiated by the French party.”

Mr. During his conversation with Macron, Mr. Putin gave a detailed explanation of the reasons and circumstances for the decision to launch a special military operation in Ukraine, the Kremlin added.

According to a source in the French presidency, Mr. Macron called for an “immediate end” to the Russian offensive in Ukraine, recalling that Russia had been subjected to “massive sanctions”.

Dozens of people were killed in the bombings and clashes.

Russia’s move was widely condemned by the international community and Western countries imposed sanctions on Moscow.