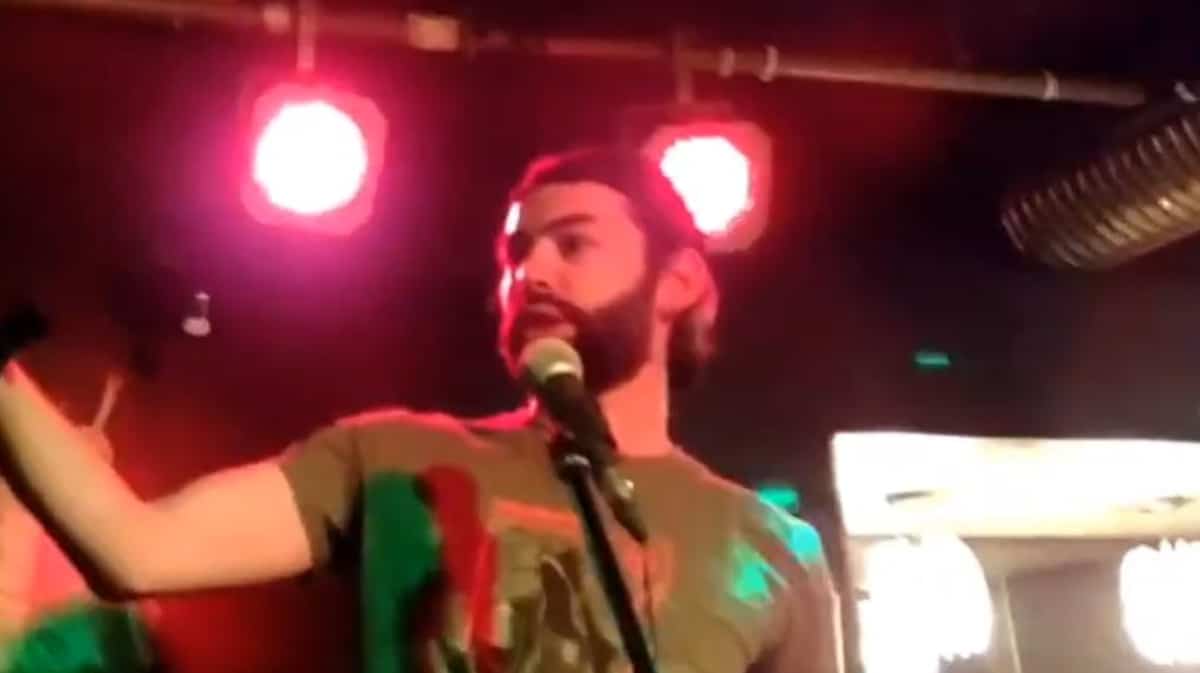 A pro-Putin war veteran has been making headlines in several international media outlets since the release of a video showing him holding up the skull of a Ukrainian soldier believed to have been killed in Mariupol in front of a crowd.

According to the “Daily Mail”, 36-year-old Igor Mangushev said on stage that it was the skull of an “Azov soldier”.

In his speech, the mercenaries from Moscow made several inflammatory statements.

“We’re alive, but that guy [en faisant référence à son crâne] is already dead. We are going to make a cup out of his skull. We are at war with the idea that Ukraine is an anti-Russian state. There can be no peace. We must de-Ukraine Ukraine. It will be a tragedy for Ukrainian soldiers and we don’t care how many soldiers we have to kill. “All defenders of Ukrainian ideology must be killed,” he said.

Igor Mangushev is the leader of an ultranationalist movement in Russia that many believe is linked to the FSB, the Federal Security Service of the Russian Federation.

The Russian mercenary’s gesture would violate an article of the Criminal Code of the Russian Federation, Article 244, which prohibits “defamation of the bodies of the dead.”

Public display of one’s skull is also considered a war crime, according to the International Criminal Court.

This is Igor Mangushev. He is from Moscow

Russian officials deny that the Russian military orchestrated the massacre at Bucha.

But the Russian military openly calls for massacres and takes pride in torturing and killing Ukrainians. pic.twitter.com/nfWvDIHBmf

“Dinamani” could not confirm the venue of the speech of the ultranationalist, the date of the event.

Many on Twitter called on the international community to use more sanctions against Russia after the piece appeared.