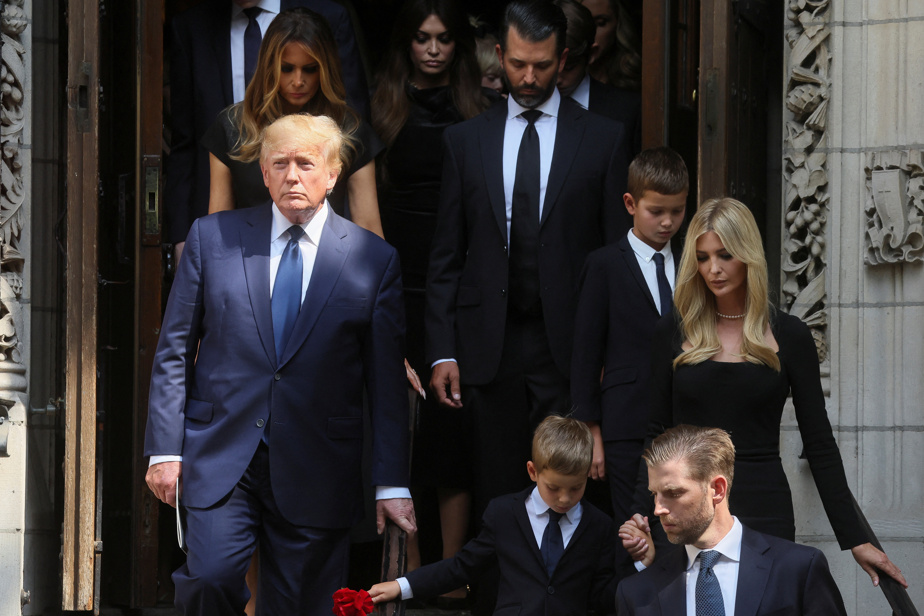 (New York) Donald Trump and his eldest children gathered at a New York church on Wednesday after the former US president’s first wife, Ivana, died last week at the age of 73.

The billionaire’s three children with Ivana, Donald Jr., Ivanka and Eric Trump, reunited with former US first lady and current Republican wife Melania for the funeral at St. Vincent Ferrer Church on Manhattan’s Upper East Side.

Donald Trump and Melania entered through a side door, an AFP photographer noted, during a funeral service under heavy security. Inside, Eric Trump told the audience that his Czech-born mother was “the embodiment of the American dream” and a “force of nature,” the Daily reported. New York Post.

For her part, Ivanka Trump described her mother as a “pioneer” during the Catholic ceremony, according to the New York tabloid.

Former cross-country skier and model, Ivana Trump, who was married to Donald Trump from 1977 to 1992, died last Thursday at the age of 73 after accidentally falling down the stairs at her home in New York, according to multiple US media outlets.

Throughout the 1980s, the Trumps were one of New York’s highest-profile couples, boosted by Donald Trump’s booming real estate business.

Ivana Trump continued her own business career, creating her own clothing, jewelry and beauty products and writing books. She has been married four times in her career, once before Donald Trump and twice after.