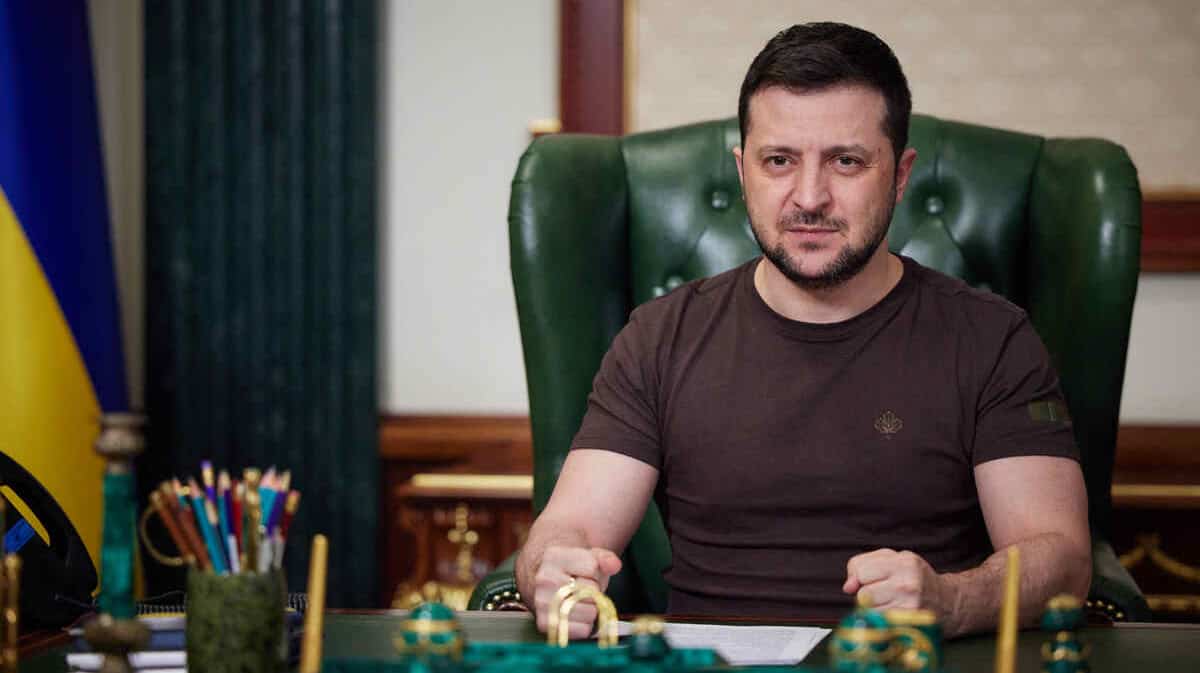 Ukrainian President Volodymyr Zelensky appealed to Moscow on Saturday that it was “time” to discuss “peace and security”, otherwise Russia’s consequences would be felt for generations.

Read more: Meeting between Xi and Biden: “Conflict is not in anyone’s interest”

Read more: Biden has warned of the consequences of China aiding Russia

Read more: Can China persuade Russia to end its invasion of Ukraine?

“Peace and security talks for Ukraine are the only chance for Russia to reduce the damage caused by its own mistakes,” Zelensky said in a video posted on Facebook.

Otherwise, he warned, the losses to Russia would take generations to recover from.

Since the start of the Russian invasion of Ukraine on February 24, several rounds of talks between kyiv and Moscow have taken place in person and via video conference. The latest, fourth, opened Monday at the level of delegates negotiating remotely.

The head of the Russian delegation announced early Friday evening that the “origin” of the question of neutrality on Ukraine – like Sweden and Austria – and the progress of the country’s militarization.

“Ukraine’s neutrality and non-membership in NATO is one of the main points of the talks, which has brought the parties as close as possible to their position,” Vladimir Medinsky said. Agencies.

However, he noted the “nuances” of the “security guarantees” demanded by Ukraine.

But one of the members of the Ukrainian delegation, Mikhail Podoliak, an adviser to the president, pointed out on Twitter that “the Russian side’s statements are only their demands for departure.”

See also  Conflict in Ukraine: Terrible consequences around the world

“Our position has not changed: ceasefire, withdrawal of (Russian) troops and strong security guarantees with firm formulas,” he wrote.

Ukraine said on Wednesday that “deep tensions” persisted in the Russian-Ukrainian talks, but that a “compromise” was still possible.

Mr Zhelenzky said more than 130 survivors may have been evacuated from the wreckage of the besieged town of Mariupol on Wednesday, when Russian forces shelled a theater where more than a thousand people had taken refuge.

“Some are unfortunately suffering from serious injuries. But, at this point, we do not have information on the number of possible deaths,” he noted, adding that “relief efforts are continuing.”

According to him, thanks to the humanitarian corridors set up in the country, more than 180,000 Ukrainians were able to escape the fighting, of which more than 9,000 came from Mariupol.

“But the occupiers continue to block humanitarian aid, especially around sensitive areas. This is a well-known tactic. (…) This is a war crime,” Mr. Zelensky launched. Russia “will respond.” 100%, ”he stressed.

Since February 24, more than 3.2 million Ukrainians have been deported, almost two-thirds of them to Poland, sometimes with only one condition before continuing their deportation.

Humanitarian needs are ‘too urgent’, with more than 200,000 people without water in the Donetsk region alone and ‘severe shortages’ of food, water and medicine in cities such as Mariupol or Sumi, High Commissioner for Refugees Matthew Saltmarsh said Friday.

War in Ukraine | US Congress provides $ 40 billion to Ukraine