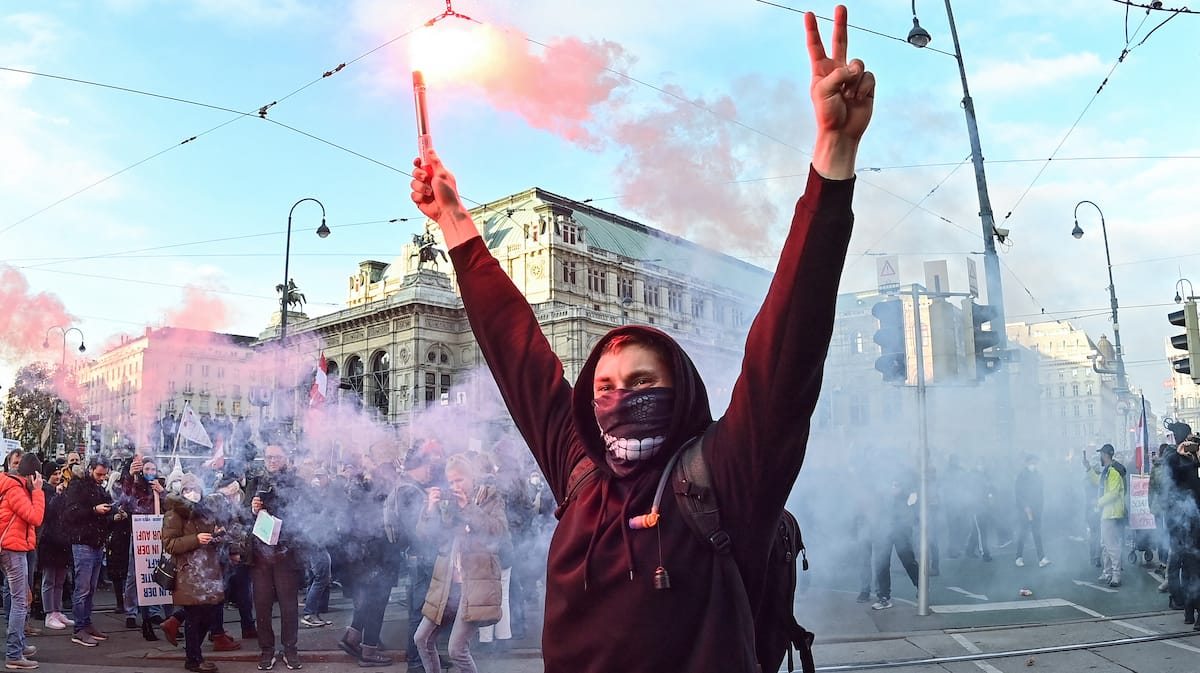 Thousands of protesters gathered in Vienna on Saturday afternoon to protest the government’s earlier announcement of imprisonment and compulsory vaccination against the COVID-19 epidemic.

The demonstration was organized at the invitation of the far-right FPÖ party, even in the absence of its leader Herbert Kiggle, who tested positive for the corona virus.

A crowd gathered in the center of the Austrian capital threw a stone from the Chancellery, waved banners condemning the “crown dictatorship” and said “do not divide the community.”

Fear of the arrival of extremists, neo-Nazi activists and thugs are all under intense police surveillance.

Among those calling for “protest” was Katrina Gearsher of Tyrol, who drove for six hours to protest.

“It is not normal for our rights to be taken away,” laments the 42-year-old teacher, who has kept her four children at home for months. “The pressure at school is very strong,” he told AFP, citing PCR tests conducted each week in classes.

“The government wants to divide us, we need to be united,” he says.

A week after the crackdown on non-vaccinated people, Conservative President Alexander Scholenberg announced on Friday that he would control 8.9 million people until December 13.

As of Monday, they have no right to leave their homes except for shopping, sports or medical care. Schools are only open, but parents are encouraged not to take them to class.

Despite its initial reluctance, the government will draft legislation to vaccinate adults on February 1, 2022.

Schallenberg on Friday apologized to those who were vaccinated for taking such “severe” restrictions.

He condemned the “attack on our health system” and the “political forces in this country that are strongly opposed to the vaccine.”

In a televised speech, Austrian President Alexander van der Bellen warned of social breakdowns that were in danger of “growing deeper”.

“The next few weeks will require a lot of effort on our part. We must do everything we can to break the fourth wave and prevent the next wave,” he stressed.

In Europe, which has once again become a center of infection, cases not seen since the spring of 2020 have reached Austria in recent days: more than 15,000 new infections are recorded daily, while the vaccination rate is 66% or slightly lower. European average.