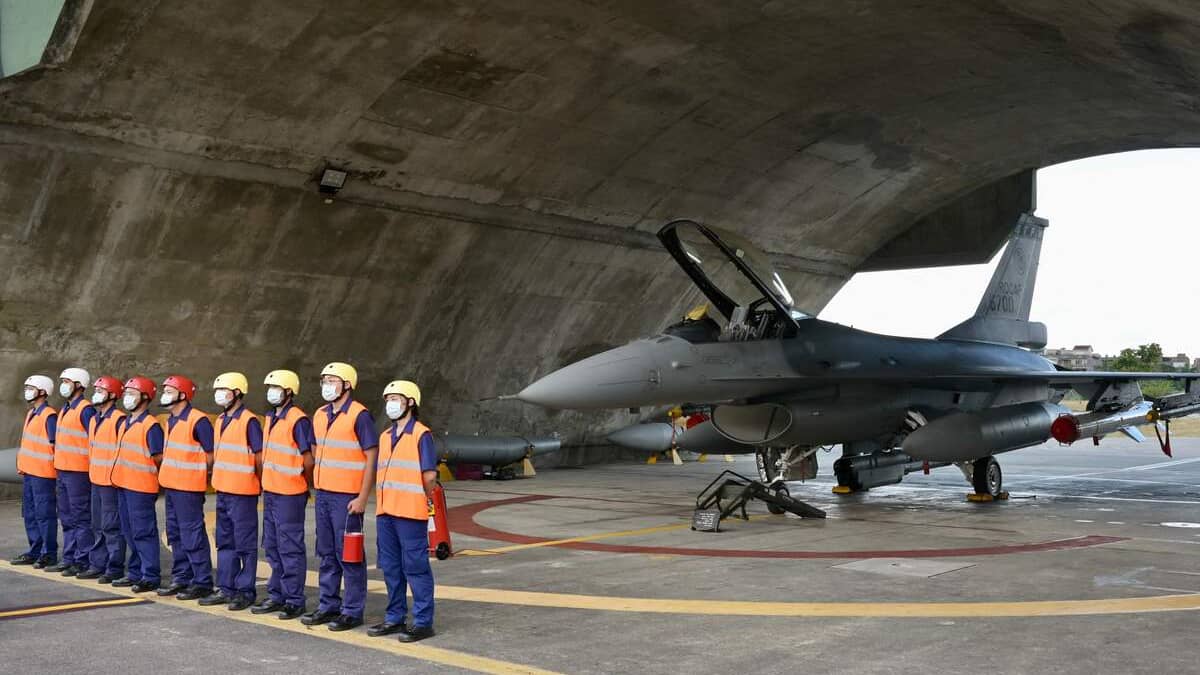 • Read more: US Congressmen in Taiwan and China have resumed its maneuvers

Beijing has held several days of air and sea exercises in the Taiwan Strait this month, with US House Speaker Nancy Pelosi visiting the island in early August, followed two weeks later by a congressional delegation.

Taiwan conducted its own maneuvers to simulate defense against a Chinese invasion. On Wednesday, an F-16V fighter jet – an upgraded and more sophisticated version of other F-16s from the 1990s – was loaded with a US-made anti-ship missile as part of a “combat readiness” exercise. At an air base in Hualien County, east of its territory.

According to the Taiwan Air Force, six F-16Vs, including two missiles, took off for night reconnaissance and training missions.

“Faced with the threat of recent military exercises by Chinese Communist forces, we have been vigilant while establishing the concept of ‘battlefield anywhere and training at any time’ to ensure national security.” , he explained in a press release.

Taiwan lives under the constant threat of military intervention by China, which claims sovereignty over the island, enjoys a democratic regime, and is prepared to take over by force if necessary.

Taipei has accused Beijing of exploiting a recent visit by Ms Pelosi, the highest-ranking elected US official to visit in decades.

The island has modernized its aging fighter jets in recent years amid continued pressure from China’s military activity and frequent Chinese incursions into its air defense identification zone (Adiz).

In November, the first squadron of F-16Vs was fielded by the Taiwan Air Force.

The deal to supply such devices was approved by then-US President Donald Trump’s administration, and his successor, Joe Biden, has maintained similar support for Taipei.